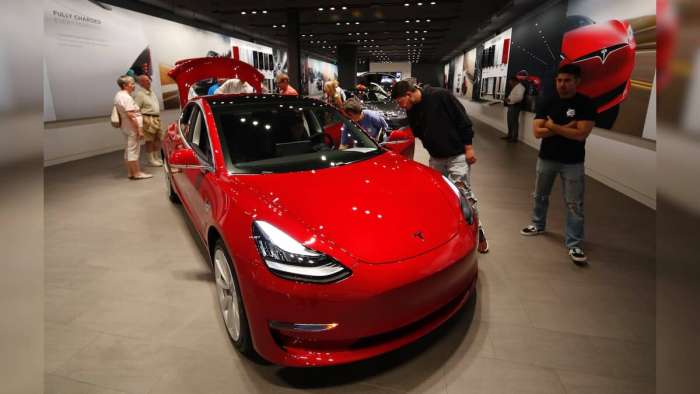 Teslas are Still Illegal to Sell in Connecticut, But Lawmakers Could Help Change That

SB 127 is a bill on the table for the Connecticut senate. The bill will allow Tesla to sell their cars directly to consumers. This will allow consumers to bypass a dealership when buying a Tesla.
Advertisement

Previous Laws similar to this senate bill failed to be passed.

There have been many attempts to try to pass bills in order to make it easier for consumers to bypass dealerships in the buying process. These bills never made it far. These previous attempts consisted of discussions about maybe putting a bill on the floor. As electric vehicles are becoming more popular, the debate over whether manufacturers can sell cars directly to consumers has been renewed.

Impact of this bill

Supporters of the bill

Supporters of this legislation are hailing it as something that will boost the economy and help the environment. They are saying that this bill is needed to bring more electric vehicles into Connecticut. The bill could also encourage consumers to trade in cars with a combustion engine. Supporters of the bill also mention freedom of choice. State Senator Haskell said, “If consumers want to purchase vehicles from a car dealership, they are free to do so, and if they prefer to buy from an E.V manufacturer, they may do that as well."

Opponents of the bill

Opponents of the bill argue that it will hurt car dealerships and kill jobs. The opponents also argue not buying from a dealership won’t necessarily benefit consumers. Timothy Kramer, dealership president of BMW Bridgeport said, “Direct sales model does not benefit consumers with lower prices or convenience or better maintenance despite the marketing. We oppose Senate bill 127 that bypasses Connecticut laws to select companies.”

Connecticut has considerable charging infrastructure. I-95 has Tesla superchargers at many of the rest stops. If any state could handle a surge of Teslas and other EV’s, this would be it.

State Senator Haskell who is the head of the transportation committee said the following: “The Governor this year is pushing the transportation climate initiative, an investment that would bring tens of millions of dollars into EV infrastructure, charging stations across the state. But what good would that do if we don’t have the vehicles to charge?”

Check out this article where Tesla’s supercharger network is compared to the charging network made by emerging EV automaker Rivian.

The power and influence of car dealerships

What this bill could mean for Tesla

This bill could help Tesla immensely. Earlier today an analyst predicted that Tesla’s stock will grow 350% by 2025. Bills like this one will help get more Teslas on the road. It is unclear how much Tesla will benefit from this bill alone. However, the state of Connecticut has put a lot of money into charging infrastructure, so it makes sense that Tesla would want to take advantage of that.