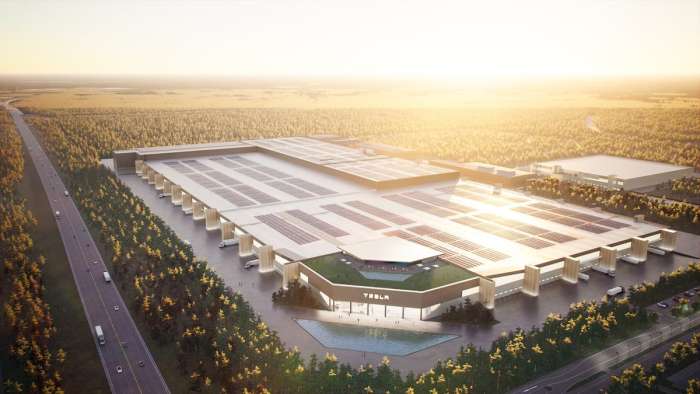 Tesla is making sure they are ready if chip supplies dwindle even more. That is why they’re stocking up on extra chips in advance.
Advertisement

Tesla has probably been well aware of the chip shortage for some time. The supply chain is breaking down, so It also may serve Tesla well to make sure they have enough steel since prices of steel have tripled. The rising gas prices could help Tesla but they will only have a significant impact if prices start hitting $4 or $5 per gallon.

Tesla looking at purchasing a plant

Different entities are fighting over chips

Due to the limited supply of chips, big companies have been scrambling to get what they need. This has lead to a debate over whether a company should be able to swoop in and stockpile a massive percentage of the chips made. This is only able to be done because the companies will put up huge payments up front which will guarantee that they get a certain percentage of capacity. Some semiconductor design houses reportedly struck a deal with the United Microelectronics corporation to give out a bigger slice of what was produced. These semiconductor makers have to keep all their customers satisfied though. Excluding certain customers in this industry can cause backlash and a reduction in profits in the long run.

The chip industry is highly specialized

The most advanced chips tend to come out of Taiwan. This has of course led to shortages. More companies should try to take up the mantle of making high quality chips for Tesla and other entities. Tesla would benefit greatly if they built their own foundry, but the immense costs would likely outweigh the benefits.

More carmakers are now in the mix

The number of electric cars sold globally increases with each passing year. Other carmakers want a seat at the table so they can get their own chips. This is only going to exacerbate the shortage. This is why it was smart for Tesla to get out ahead of this. However, Tesla or any other corporation can’t completely escape the chip shortages and the shortages of the broader supply chain.