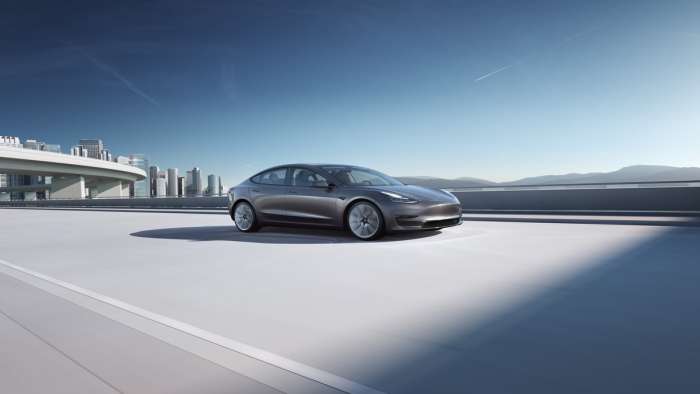 Tesla Owner Tells How His Model 3 Disobeyed Him, Saving His Life

A Tesla owner gave a testimony about how his Model 3 was able to avoid a bad accident. The Model 3’s emergency lane departure avoidance system acted quickly in this situation.
Advertisement

The testimony from the owner of a Model 3 said they were driving in tight traffic that was almost at a stand-still. It is often not so easy to change lanes in this situation. Below is some commentary from the driver as to where they were on the road.

“I was in the right lane and wanted to move into the middle lane. Problem was there were a lot of oncoming cars and almost no breaks in between them. I saw a decent sized gap coming in the cars and decided to try and change lanes as fast as I could.”

Later in this Tesla owner’s story they said, “The car stopped me from accelerating so I wouldn’t be T-boned by a large SUV at 70 mph”

It can be inferred that the right lane was moving at a much slower pace than the middle lane. It seems this had to be the case if this large SUV was going 70mph. This is one of those situations in driving that isn’t much fun to be in, but it just requires a degree of patience while also not being too scared to change lanes.

What the Model 3 did to save the driver

According to the driver, the Model 3 came to a complete stop when they tried to change lanes.

“So I hit the accelerator, but my car moved about 2 feet and then stopped. No warnings or beeps, just stopped.”

This was a decisive action by the lane departure alert system which avoided a crash that very well could have resulted in injury or death. However, there are some critical details missing.

Many commenters to this post about the Model 3 saving the driver’s life demanded dash cam footage. Without dash cam footage, there is really no way of knowing how this all played out in real time.

One important detail that is missing is how the cars behind the Model 3 reacted to the vehicle completely stopping. It sounds like the cars trailing the Model 3 were driving slowly so there was enough room to stop short. The thing to keep in mind is that at a higher speed the Model 3 would likely just steer the car back into the lane. This is a testament to the emergency lane departure system. It acts accordingly based on the scenario it’s presented with.

It is also unclear what was slowing the right lane down so much. The driver may have been near an exit ramp.

Comments responding to this driver’s story

Some commenters were just pleased to see that the driver didn’t get into an accident, but other commenters said that the driver should have been able to avoid this crash by looking over their shoulder and checking their mirrors. One reddit user commented, “Crazy how many people don’t shoulder check.”

Another comment which is above the previous one gave some clarity as to how the Model 3's lane departure system works. This commenter’s Model 3 didn’t give a warning. There were no beeps in this scenario either. The car simply just started to drive straight in the middle of the lane change.

Other commenters pointed out that there is a way to adjust your mirrors in such a way to eliminate all blind spots.