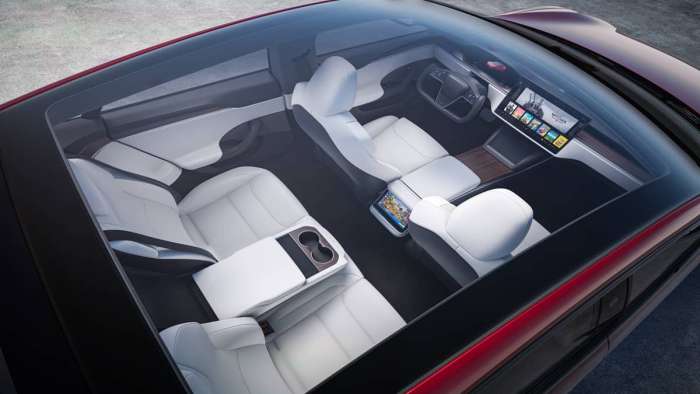 Tesla just reached one trillion dollars in market value, yet it has the lowest revenue out of all the companies worth more than one trillion.
Advertisement

Tesla has had a number of key wins over the past few months on its way to a trillion-dollar market value. Tesla’s revenue was not even $50 billion. This is something for Tesla to build on as many of the company’s setbacks may not turn out to be as detrimental as previously thought.

Hertz placed an order for 100,000 Tesla cars for its rental fleet. Tesla’s entrance into the rental fleet will not only help with making money by selling the cars to the car rental companies, but it will also give drivers a chance to see what driving a Tesla around for a few days is like.

Breaking down the numbers

Tesla has already sold 25% more cars this year than in all of last year. Tesla is expected to increase these numbers by double. Tesla has started to become similar to other carmakers because they are set to come out with some more affordable models. Tesla’s price is now at around $1200 per share.

Many critics will point to Tesla’s use of government subsidies over the years and believe that they shouldn’t even have gotten to this point. Tesla has taken some government subsidies, but there are also other examples of fledgling companies that got large loans.

Elon Musk has handled the media with relative ease for the most part but dropped the ball a few times when he let bad press run wild for too long without giving any input.

Tesla also has a chance to increase its long-term revenue as these new factories start to churn out more cars. Tesla also needs to work on meeting production and release target dates on new vehicles. This should become easier over time as Tesla figures out ways to work more efficiently.

LG's New EV Battery Plant Is a Welcome News for Tesla
Tesla Giga Berlin's New Hurdle: It's Not Only the Gov't, but Now Tesla Itself
END_OF_DOCUMENT_TOKEN_TO_BE_REPLACED