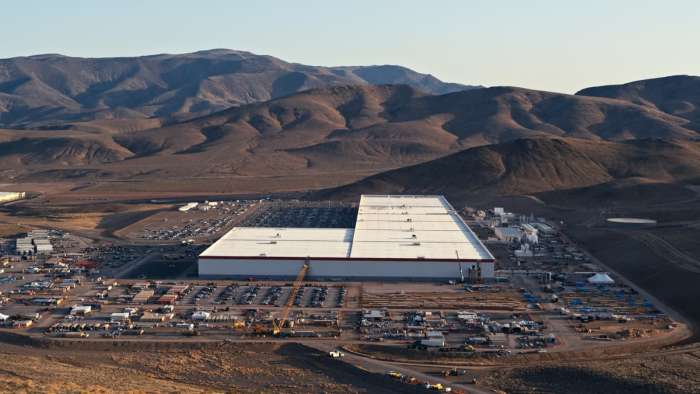 Tesla Is Constructing Another Gigafactory East Of Austin

Tesla has already built one Gigafactory in the Austin area. Construction hasn’t even finished on the first factory, but it is operating. Now Tesla is planning a second factory on a large amount of land east of Austin, TX.
Advertisement

Today’s big news was that Tesla has sold out all of their cars that they produced for Quarter 2. This happened with two months left in the quarter and the refreshed Model S and Model X haven’t even been produced in big numbers yet. This is an indication that Tesla might need to think about producing more cars if they want to meet demand.

What this project entails

This project is still in the planning phase. Documents show that this will be called the “Bobcat project”. The Gigafactory will be located off of Harold Green road which is on the outskirts of Austin. Tesla has reportedly bought over 2000 acres to construct this factory. There are conflicting reports though as some sources say Tesla bought 2,500 acres and others say they only bought 2,100 acres. Musk was able to receive a big tax break to get all of this done.

The components of this new factory

Tesla is already somewhat far along in the construction of this new Gigafactory. Tesla has a lot of new vehicles that have arrived on the market or are on the way. Demand seems to be increasing for Tesla as of late. Tesla is going to have a main building to this factory which is what is reportedly under construction now.

Elon Musk has established that Texas would be his home base. Although, at the rate Tesla is growing it will be interesting to see where Musk puts his resources. Musk has made it known that it is in fact China that is the place that Tesla sees as their best market in the long term. Tesla is also working on getting their operation into India. Regarding the U.S, there could be more Gigafactories in the future. There has been chatter in the past about Tesla placing a Gigafactory in Tulsa, Oklahoma.

Overall, Tesla is trying to get everything squared away for this new location, and we should be in for more updates as Tesla gets closer to rolling cars off the assembly line as the new Gigafactory materializes.

Hal Eis wrote on May 7, 2021 - 11:40am Permalink
This is the most uninformed and ridiculous article i have ever read regarding Tesla. Clearly the date of May 6, 20221 cannot be correct or Torque news must disassociate itself from this author immediately, I would appreciate an email response from Torque News.