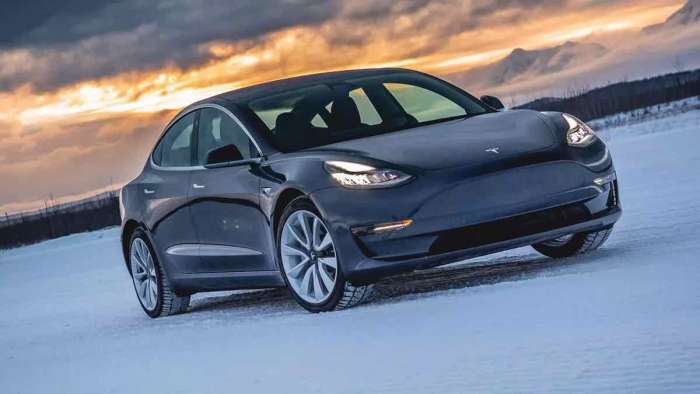 The Model 3 is sold as Tesla’s everyday Sedan, but there is nothing every day about it in a lot of ways. Tesla should be branding it more as a pure performance car.
Advertisement

One of the top Youtube channels known as AutoTopNL uploaded a video of a POV drive of the 462hp Tesla Model 3 performance. The car was being put through the paces on winding country roads. This Model 3 goes 0-60mph in 3.3 seconds.

Observations from the drive

The car was put into track mode right from the start of this short drive. Then the driver hit the accelerator and made a hard left turn onto a busy road. The first thing that could be noticed was that the driver was making tight turns in track mode. It looked like the driver was struggling to regain control of the car after a tight turn. The Model 3 appeared to be skidding slightly. It was nothing major and the road did not appear to be wet. The weather was cloudy.

On this drive, the Model 3 rode nicely on two lane highways at speeds that were varied. The vehicle was driven at speeds that were between 80 and 100km/h. The Model 3 was not losing control and would only drift a bit on the tightest of turns. The braking was spectacular. At one point, the vehicle was coming sharply around a bend. The vehicle then slowed down and made a quick right turn.

The next video shows a Model 3 doing donuts

This video shows a Model 3 doing donuts on a strip of pavement somewhere in the mountains. The video is mistakenly labeled as being a Tesla Model Y when the car in the video is a Model 3. This error is made up for because the video is shot well. The Model 3 is first shown doing donuts from afar. Then a closer view is shown of the tires spinning.

The Model 3 is covered in smoke

The vehicle was burning rubber and the tires were smoking. The vehicle was completely covered in smoke by the end of the video. Tesla’s track mode was able to help spin the tires while keeping it in control. A lot of other cars would have spun out completely and maybe even rolled off the road and down a steep hill.