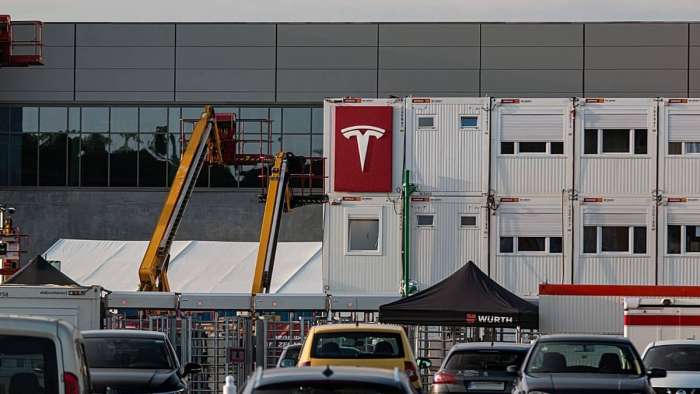 Tesla has two new factories that are being staffed with new workers. Tesla’s plan is to hire 10,000 new workers for the Austin Gigafactory. New residential housing also needs to be built for workers stationed at the Berlin Gigafactory.
Advertisement

Tesla first said that they planned to hire at least 5,000 workers to work at the Austin Gigafactory. That minimum number could be doubled as the goal now is to hire 10,000 workers. Musk tweeted, “Over 10,000 people are needed for Giga Texas just through 2022-5 mins from airport-15 mins from downtown- right on Colorado river.” Tesla already made it clear they needed workers, but they appear to be ramping up hiring efforts even more now. In order to hire these new workers, Tesla has to promote these open positions. Tesla has done so through partnering with various colleges.

High School Grads: You do not have to have a college degree to work for Tesla. You can work for Tesla straight out of high school. Chris Reilly of recruiting explains:https://t.co/K37yYNOidZ pic.twitter.com/CgC7QJtSvN

There is no college degree required to work at Tesla. Many young adults might think that working at one of the new Gigafactories requires a mechanical engineering degree from a major university. That is the case for some positions, but not to work for Tesla. In a famous video, Elon Musk says, “There’s no need to have a college degree, or even high school really."

Musk’s views on the value of a college degree are being incorporated into who Tesla will hire. Musk seems to care more about the passion and ability someone brings to the table. Tesla wants to be able to bring high school graduates to the company by reaching students when they’re at school. Tesla has relationships with a few universities and school districts. Tesla should look to build on these relationships and should also look to establish new relationships with more schools. This will help Tesla become a recruiting powerhouse that scores the best talent.

Tesla is starting operations at Giga Berlin. Tesla is looking to hire thousands of workers to work at Giga Berlin. Many workers need housing. An estimated 25,000 housing units are going to be needed for workers when Giga Berlin is completed. There could be a housing shortage because a lot of companies could follow Tesla and relocate to Brandenberg, Germany.