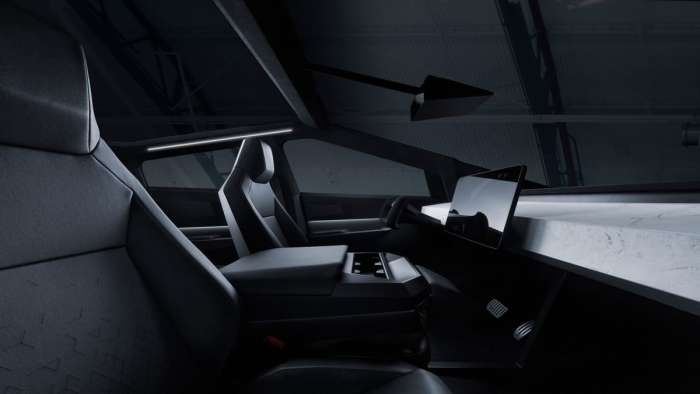 The Cybertruck add-on known as the Cyberlandr has racked up $50 million in pre-orders. This camper has become surprisingly popular in a short period of time.
Advertisement

In the last article about this camper called the Cyberlandr, its capabilities were discussed in detail. This is by no means an ordinary camper. It is a luxury camper, and it starts in the mid $40,000 range.

What $50 million in pre-orders means

The $50 million in pre-orders likely is the total revenue Cyberlandr will receive as a result of these pre-orders. Most people who have pre-ordered the Cyberlandr have not paid for it in full. They have issued a down payment that is roughly a few thousand dollars, but that varies based on the payment promotion an individual has chosen. All these down payments added together couldn’t add up to $50 million.

How well the camper is really selling

It’s hard to know what the brand Cyberlandr’s intention was from the outset. It is unclear whether they thought their product would take off like this. According to the Cyberlandr website these campers are selling out. At this current time, there appears to be around 380 Cyberlandr’s left to pre-order.

A word from Cyberlandr’s C.E.O

Cyberlandr’s C.E.O Lance King made an estimate that 10% of all the customers who ordered a Cybertruck are aware of the Cyberlandr’s unveiling. King does believe that a large number of Cybertruck buyers will opt to purchase a Cyberlandr.

The details of the promotions

All of the Cyberlandr’s with the special launch promotion have sold out. Those units came with a savings of roughly $10,000. The Cyberlandr is expected to start at $49,995 after this promotional period. A handful of buyers were able to score a Cyberlandr for less than $40,000. To be clear, nobody is paying full price right now. According to the promotion, buyers will only start paying the full price after this promotional period.

There are some positives to Cyberlandr taking pre-orders now. One positive is that they could be helping buyers who are undecided on the Cybertruck. The Cyberlandr add-on might win a few more buyers over to Tesla. Cyberlandr is also getting their name out there as being synonymous with the Cybertruck. There is one potential negative though. The Cybertruck is still at least 7-8 months out from production, and the last time we checked Tesla didn’t know what the actual dimensions were going to be. In that case the Cyberlandr company would have to start from scratch and then refund all of these orders if the dimensions don't match up to the Cybertruck. The good news is that Cyberlandr orders are fully refundable, but it would be unfortunate to see Cyberlandr not reach their potential.

What to look for next

There should be a handful of more updates on the Cybertruck as it nears production. There is no doubt that the existence of the Cybertruck is helping Cyberlandr, but it would be interesting to see if the Cyberlandr would help Tesla sell more Cybertrucks.