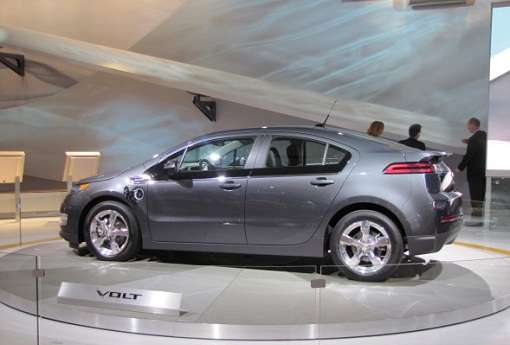 GM may be challenged to find 1000 design engineers

Unemployment may be high in Detroit, but so is the need for proficient CAD designers to complement its automotive engineering expertise.
Advertisement

Demand is fast surpassing the supply of CAD designers, especially UG operators. A recent off-the cuff discussion by a few engineers attending Saturn’s Annual Reunion on Friday revealed a not-too-surprising fact. Many of the qualified engineers and CAD designers that GM, Ford and Chrysler laid off or early retired during the economic carnage are not returning.

Has GM especially heard the message? The fear at the roundtable discussion was, GM is increasingly challenged to find qualified designers capable of operating their UG CAD system to the proficiency needed to make on-time deadlines. Obviously at risk will be the integration of complex new models; not a good omen with the electrification of the automobile now taking off with the recent introduction of the Chevy Volt.

Fact is, a college degree does not automatically qualify anyone to be a designer; never did. That is a skill set that goes beyond hunting and pecking, and requires many hours of full-time attention; something that gets lost when attending multiple meetings and serving a cumbersome design development and release process.

New hires right out of college may have the sheepskin and the intelligence. They do not, however, possess the skills to be sufficiently productive to contribute in the fast-paced world of automotive design, development and engineering. Furthermore, the multiples of CAD systems do not lend themselves toward high degrees of CAD operator proficiency.

It is true that hiring those thousand engineers mentioned by GM last week on media.gm.com , is good news for Detroit. However, the lack of a single CAD system is not helping. Even the supplier base that at one time provided much of the workforce is itself entrenched in their own quagmire of multiples of CAD systems, like Autodesk, Solidworks, Inventor, Solid Edge, Pro/E, etc.

For the record, Ford and Toyota are still using Catia quite heavily; as had Chrysler. That, however, is changing as Chrysler is now committing to UG for new car programs.. Talascend, an engineering supplier to the industry, is searching far and wide to find capable workers.

Many laid off designers are being offered paid training via a MichiganWorks program called “designers helping designers” to upgrade their skills so as to work in UG or Catia. Rumor (ala the Saturn reunion) also has it that Mercedes may be going to UG.

There is a reason behind this downside. Many in auto management positions are not and never have been designer types. So, they do not realize the bind that the industry has put itself into.

Past efforts to break up the trade-oriented drafting industry has yielded a protection against unionization while increasing productivity, but now it‘s payback time for their lack of industry vision. The cost to replace those capable of high proficiency and productivity involves time in grade, something that few automakers can afford these days.

Some managers who do have the design experience in their past, realize the industry would be better served if it had a single CAD system, much like it had during the days of manual drafting. They seldom admit that system choices in the past were based on short-term selfish motives, and a visionless business model that served purchasing managers’ egos and political posturing rather than the needs of engineering and the auto industry as a whole.

Flying_J wrote on November 28, 2012 - 7:23am Permalink
I agree that the industry must move to on CAD system. This creates competition to hire the very best designers. Also the auto companies need to give the contract designers some more respect, offer direct jobs to contractors that have proven themselves over the years. Hiring them direct should save the autos money, and make contractors less likely to leave for another position.