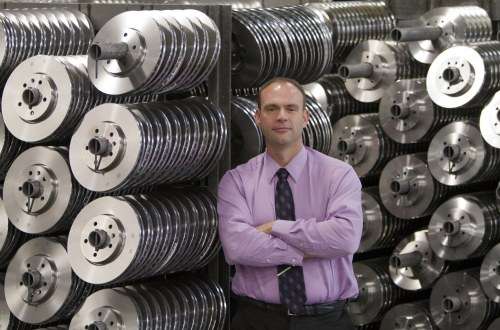 Imagine doubling the life of brake rotors. Not only does the new metal-treatment process save consumers hundreds of dollars, but it saves GM on warranty costs, a key line item on the corporate balance sheet.
Advertisement

A General Motors’ team of global brake experts is making history by changing the chemical makeup of the components using a process previously used to treat powertrain parts. Not only does the new metal-treatment process save consumers hundreds of dollars, but it saves General Motors Company (NYSE: GM) on warranty costs.

For example, since its introduction on brake rotors in 2008, FNC has helped reduce warranty claims on brakes by 70 percent. This is significant because in a recent consumer study conducted by GM, four in 10 vehicle owners listed corrosion among the top three bothersome things about their cars. The same study showed brake components at the top of the list of customer concerns.

The official name for the metal-treatment technology is Ferritic Nitro-Carburizing, or FNC, and it has most often been used to treat powertrain parts. The engineers developed an exclusive corrosion protection process that super heats the rotors at 560 degrees Celsius for a day in an oven the size of a tour bus. Inside the nitrogen-rich atmosphere, nitrogen atoms bond to the surface of the steel rotor, hardening and strengthening the rotor.

Fact is, more than 80 percent of U.S. vehicles are exposed to one or more environmental corrosion creators, such as acid rain, intense sunlight, snow and ice, and road salt. So, GM brake rotor technical expert Jim Webster and his team were confident that slowing the oxidation brought on by the environment was a problem material science could solve.
Incorporating a unique surface treatment equivalent to one-tenth the width of a human hair, FNC creates sufficient friction and allows for effective braking performance while providing corrosion protection.

With FNC, GM vehicles are free of brake pedal or steering wheel shudder caused by an uneven buildup of rust on the rotor that occurs over time. Another feature is, FNC rotors create less brake dust than non-FNC rotors; and for vehicles with large open-architecture wheels that show off wheel hardware, FNC helps keep rotors looking clean and rust-free longer.

FNC rotor technology is featured on the Buick Lacrosse and Regal as well as on the Chevrolet Malibu, Impala and Volt in North America. It will be featured on more than 80 percent of GM’s U.S. vehicles by model year 2016.

By avoiding rotor repair and replacement, FNC treatment could save customers more than $400 over 10 years.

“Rotors aren’t a cheap thing to replace,” said Webster. “So doubling the average life expectancy of the brake rotors from 40,000 to 80,000 miles is something we think our customers will appreciate.”

Beyond the innovation note, GM is the only company that has found a way to effectively treat brake rotors with the FNC process and has several patents pending on the technology, contributing to the company’s No.1 position among automotive and transportation innovators as tracked by the U.S. Patent Board.

Toyota's First EV Will Have a Name of BZ: Toyota BZ
First Videos From Inside The Boring Company's Las Vegas Loop
END_OF_DOCUMENT_TOKEN_TO_BE_REPLACED