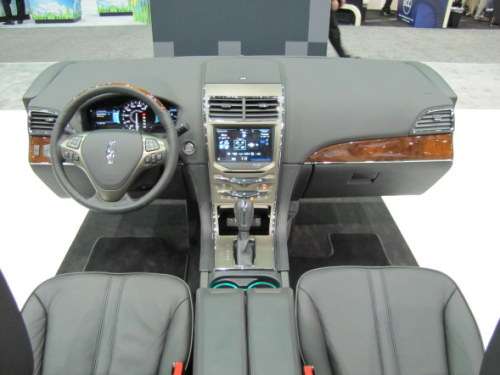 In addition to the Leadership in Engineering 2010 award, 2011 will mark an important milestone for 3D Systems, the 25th anniversary of the invention of Stereolithography (SLA) by founder, Chuck Hull.
Advertisement

The world has certainly changed in 25 years, but few realize how much the additive technology has changed the process of automotive design and the prototype evaluation process.

Fact is, the 3D printing process is used almost exclusively by big industries, such as aerospace and automotive giants like GM, Ford Toyota, Chrysler, to name a few.

So, it was with great pride that an email was sent to customers and those of the press by 3D Systems (Nasdaq: TDSC) which provided a direct link to
Design World and Design World Online, which described their recognition as the global Leader in Digital Manufacturing and Rapid Prototyping.

Even advertising giant JWT Intelligence pegged 3D printing as one of its top 100 things to watch in 2011, signaling that the technology is ready to move from niche markets to widespread usage. And yet, the power and potential of these technologies is still relatively unknown to most of the world.

According to JWT, SLA printing services now exist that allow nearly anyone to turn their designs into printable objects. 3D Systems' 3Dproparts, for example, allows customers to utilize the most advanced additive manufacturing technology available to convert ideas and designs into real objects.

For those who may be unfamiliar, imagine a 3D digital model designed on a computer using a CAD package like Catia, Unigraphics or SolidWorks. With a press of a button, the file is transformed into the .STL format. From there the file is transferred to a machine that literally prints the part from a liquid bath by a laser into a 3D object.

Aside from the many objects that an automaker like GM might produce, the most notable by this author is the charge plug for the Chevy Volt. Designers styled the part, engineers processed the digital data, and the machine did the rest. Prototypes were created for evaluation in days rather than in weeks as in the old days using wood patterns.

In fact, most instrument panel parts like switches, buttons, knobs and display trim parts are modeled and evaluated this way. In time, the additive process and improved materials will mature and develop into a viable option for low-volume production.