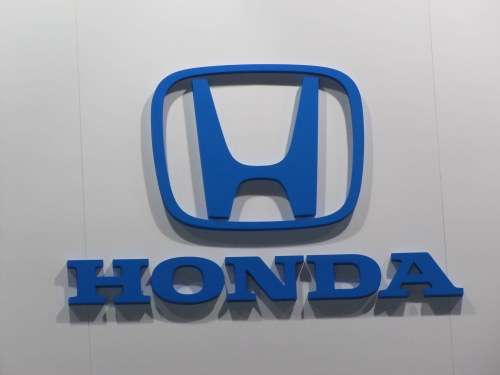 While the Board of Directors of Honda Motor Co., Ltd. at its meeting held on February 21, 2012 decided on a plan for changes to its management as of late June 2012. American Honda is being offered voluntary severance packages. Question is, why?
Advertisement

Honda builds great products, from cars to generators to air planes. The company even produces the only real nat-gas car in America. So, why the need to cut employees?

Of course the management changes at Honda Motor Company are subject to approval at the General Meeting of Shareholders of the company scheduled to be held in late June 2012, and decision at the meeting of the Board of Directors to be held immediately thereafter.

It is the news out of Los Angeles, though, that caught this writer’s attention, because this one affects American workers. Voluntary severances targeted toward workers 59 and older is obviously an age-targeted approach that, in this writer’s opinion, borders on age discrimination. Why not offer other employees that same benefit if age discrimination is not true?

Fact is, there seems to be a mode of thinking in the corporate world, especially in America, that anyone over the age of 59 isn’t worthy of continued employment. All this comes at a time when multiple thousands have already lost their jobs, so finding another one at that age is no cake walk. Furthermore, the government is considering raising the age for social security benefits.

I was always given to understand that the Japanese respected the stage that we call being an elder. In fact, when Saturn started, we studied the Japanese model which stated exactly that. Now that may apply in Japan, but obviously not in America.

Now, there is nothing wrong or illegal for a company to make an offer such as this. However, when the purpose seems to be focused solely on the cost of elder wages, the issue of morality is hard to dismiss.

Frankly, had it not been for an article by Automotive News which I highly admire, I may not have heard of this offer by Honda. The Honda website surely didn’t relate any such news.

See, I know what it’s like to get one of those offers. Fact is, nobody cares that between the ages of 59 and 62, there are no jobs readily available, and there certainly are no social security benefits either. So, only a financially stable person can even think about such an offer; and in this economy, it is the few who are able to accept it. In that respect, I was fortunate; but not everyone is. Even then, there was a financial price.

Rumor has it that American Honda is counting on its Honda and Acura divisions to increase their U.S. sales by 25 percent this calendar year. So, if that is true, then why cut back on sales folk and others? And why cut only the older employees when they are supposed to be a treasured commodity, at least according to Japanese cultural standards?

Honda may not be the only one making such offers, though. For example, Automotive News also reported that Mazda North American Operations offered voluntary buyouts to its 701 U.S. non-manufacturing workers as it tries to cut costs. Fact is, Mazda’s Japanese parent hasn’t made a profit in four years.

Perhaps this is all merely a symptom, where American business practices and standards are having too much of an effect, and are now trumping the Japanese model that once was the envy of the world.

Aaron Turpen wrote on March 19, 2012 - 12:47am Permalink
Traditionally, targeting older workers for early retirement packages is used to give incentive for the higher wage earners in a company to leave and make room for younger, less experienced and cheaper workers. Every company does it. Caterpillar, for instance, has been giving incentives to older workers to retire early and closing down plants in high-wage (generally unionized) areas in order to move to younger, less costly workers in other areas. They recently shuttered a Canadian plant and are now opening its replacement in the southern U.S. (don't recall the state). Manufacturers are tired of battling unions and always losing. In large part, GM's continual losing to UAW is the reason that company ultimately failed (and got bailed out). Ford had to threaten death in order to break the unions of their "give us everything" demands. I'm sure Chrysler was in the same boat as the others. The railroads are heavily subsidized and are, coincidentally, also heavily unionized. Labor is like any other commodity. Those buying it will find the lowest-cost, but most skilled options they can. Those selling it must make themselves competitive by either offering a lot of benefit or lowering their price, just as businesses do to sell products. This is true no matter the industry, no matter the product, no matter the business type. I've personally been involved in this process multiple times, usually from the labor end of the deal. I didn't complain when I was found to be less useful than a cheaper worker, I just moved on to something else. Adapt, survive, thrive. It's how markets work.
Frank Sherosky wrote on March 19, 2012 - 10:13am Permalink
I was thinking more along the line of brain drain. GM, for example, was surely short sighted when it dumped so many white collar designers. The pressure on the remaining employees is now taking its toll. I know; I hear them complain. Point is, Japanese companies had always been different, at least until now. Now I see them acting like Americans, without much regard for the outcome except the short-term bottom line. And if this is how markets work and are supposed to work as you state, then good luck on getting the social security age raised. In the end, America will likely have a ton more folks on welfare. Where's that change that all can believe in?
Nicolas Zart wrote on March 19, 2012 - 3:42pm Permalink
I don't think Honda's quality reputation is on then line, its management is. I new someone who's doctored "ordered" her to leave the company if she didn't want her health to continue to fail. On another note, an acquaintance of mine has been rehired as an external IT consultant to revamp the US part of the company. It seems management understands what is happening and wants to change the wrong people to bring in the right crowd. It is very much needed if Honda wants to meet this new day and age.
Aaron Turpen wrote on March 19, 2012 - 5:29pm Permalink
Markets are supposed to work this way, with one exception: note that I included that "if they do not bring value" part. Obviously, the company seems to think that the older workers aren't bringing value equal to their cost. Not surprising since I'd bet many of that older generation are from the heyday of automotive salaries and bennies..
RogerW wrote on March 19, 2012 - 10:05pm Permalink
We recently retired my wifes 85 Civic. It was still running great but the body seams were giving out at 285K miles - damned unibody! We also sold our 99 SR-V. It was great in 8" of snow or out in the roughest roads in the national forests and easily hauled a weeks worth of camping gear and food. We had planned on getting a new hybid - from Honda of course. Since we are both over 60, that is now a moot point. They may still respect elders in Japan, but obviously not here in the corporate owned United States. Only among the Native Americans and certainother ethnic enclaves do the elders recieve any respect. Other than that, respect is based on ones profitability as a commodity instead of a human being. And sadly, now Honda of America has been infected with that same disease. We will NEVER buy another Honda.