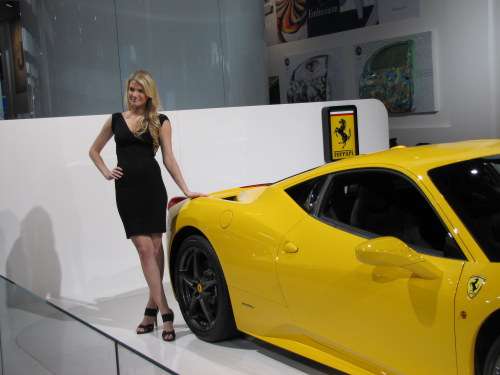 Once again, the 2011 North American International Auto Show Charity Preview black tie gala continues to be one of the top single-night fundraising events in the nation.
Advertisement

Like the beautiful model during press week, Detroit came out once again to give of themselves, as nearly 10,500 guests helped raise $2.6 million for local Detroit children's charities.

Since its inception in 1976, Charity Preview has raised nearly $82 million for children's charities in metro Detroit.

For the record, over $37 million of which was raised in the last seven years alone. Medical treatment, clothing and support services for local kids in need all are made possible through the purchase of Charity Preview tickets

According to the NAIAS email, "Our passion as the Motor City transcends a love of cars," said NAIAS Chairman Barron Meade. "The automotive community and the city band together each year during the NAIAS Charity Preview for the greater good of our future, and that is our children. Thousands of children benefit from this event as a result of that sense of community."

Support by sponsors allow for a great event for attendees, and as a result, the maximum benefit for children in the metro area.

The sponsors of the 2011 NAIAS Charity Preview included:

Charity Preview attendees had the special opportunity to enjoy cutting-edge concept and production vehicles up close on the showroom floor while enjoying a Motor City musical favorite, "The Rockets."

Children's Charities wrote on May 24, 2011 - 9:39am Permalink
That's amazing, especially in that charity is not a primary goal for the NAIAS, they've offered children the chance to improve their lives through medical and support services. Truely humbling. I can't even begin to imagine an event for <a href="http://www.childrenssociety.org.uk/">children’s charities</a> with over ten thousand guests. It's remarkable, and I hope it's success is mirrored across more countries and charities worldwide.