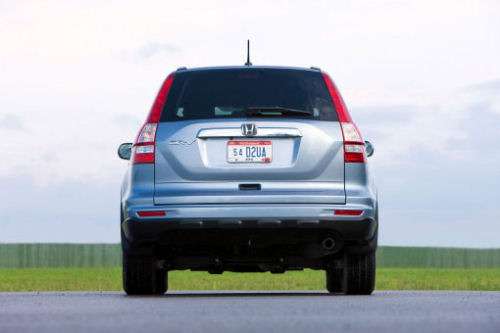 American Honda Motor Co. sold 1,230,480 new vehicles in the United States in 2010. That was 79,696 more than the company placed in 2009, a 6.9 percent increase. Not a bad performance – until you consider that U.S. auto sales as a whole grew by 11.1 percent in the same period. Thus Honda lagged the market, resulting in a loss of all-important market share.
Advertisement

Honda dealers across the country turned in a very strong December. With total one-month sales of 126,616 new cars, trucks and SUVs in December 2010, American Honda Motor Co. beat its tally from the same month of the prior year, December 2009, by 21.0 percent.

But that wasn't enough to turn around what finished as a lackluster year for the Japan-based auto company. For all of 2010, Honda's 12-month sales total of 1,230,480 new vehicles represented only a 6.9 percent increase from the company's 12-month, 2009 total of 1,150,784. That growth rate of just under seven percent was slower than the growth rate of the overall U.S. auto market, which finished the year 11.1 percent higher than the previous year.

By failing to keep pace with overall market growth, Honda sacrificed some market share in 2010. At the end of the year, its vehicle placements accounted for 10.6 percent of total U.S. auto sales. One year earlier, Honda had finished 2009 with a market share of 11.0 percent. The loss of 0.4 percent isn't small potatoes in a 2010 market of about 11.6 million vehicles in total sales. Although only a fraction of a percent, it amounts to lost sales of 46,400 vehicles. That's close to the number of Acura MDX crossover SUVs the company sold in 2010 – the top-selling model in the Acura lineup. The figure far exceeds Honda's annual sales of seven other high-profile models: The Honda Accord Crosstour, and Insight passenger cars, the Honda Element SUV and Ridgeline pickup, plus the Acura TL and TSX sedans and RDX crossover.

What's more, any market-share loss can be tough to claw back in an arena as hotly contested as auto sales.

The picture looks even more ominous for American Honda when you separate sales of its high-volume Honda brand from the company's Acura line of premium automobiles. Acura saw robust growth for the 12-month period. It ended 2010 with 133,606 units sold, a 26.4 percent rise from 2009. But Acura sales can average only about a tenth of the vehicles sold by the Honda unit.

The Honda division closed the year with 1,096,874 in vehicle sales. That was an increase of only 5.0 percent from 2009 – almost two full points lower than the performance of American Honda as a whole, after Acura sales pulled up the score.

Among Honda passenger cars, the Accord (including the Accord Crosstour, a hatchback version on the car) was the biggest winner in 2010. Annual sales of 311,381 beat the prior year's level by 7.3 percent. The Accord remained Honda's best-selling model.

The company's stalwart Honda Civic stayed even with the prior year. Total 2010 Civic sales of 260,218 amounted to only 496 units more than the company moved in 2009, a negligible growth rate of 0.2 percent.

The Honda CR-V compact crossover SUV remained a popular public choice in 2010, with 203,714 units sold. That number allowed Honda to boast that the model remained the best-selling SUV for the fifth straight year. But the CR-V's 2010 tally was only 12,500 more than the company sold in 2009, giving the model an industry-lagging growth rate of 6.5 percent for the year.

To gain ground lost during the previous year, American Honda needs to sustain its strong, more balanced December 2010 growth rate through all of 2011.

When announcing its final 2010 results, the company expressed that intention.

"Moving into 2011, we look to build on this momentum with multiple all-new or revised product introductions,” said John Mendel, executive vice president of sales for American Honda, as quoted in a company press release. “We are confident that the entire Honda and Acura portfolio of vehicles will be well-positioned to meet the demands of an evolving market."