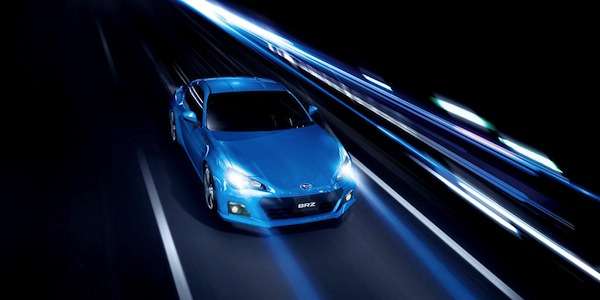 Subaru UK has announced pricing on the 2014 BRZ and it’s less than last years model. Why does Subaru want to differentiate it from the 2015 WRX STI?
Advertisement

Subaru reduces the price on the 2014 BRZ, but why does Subaru UK want to differentiate BRZ from the new 2015 WRX STI? Subaru UK has reduced the price on the 2014 BRZ which is not too surprising because of more favorable exchange rates. Subaru has announced a price reduction starting May 1 of 2500 British Pounds which is significant. That’s about $4200 in U.S. dollars.

It’s not too surprising because Subaru is just passing along the benefits of more favorable exchange rates to UK sports car enthusiasts. But Subaru has said they want to make a clear differentiation between the BRZ rear-drive two-door coupe and the new 2015 WRX STI performance flagship. Is Subaru worried that because BRZ is cheaper that UK buyers will abandon the WRX STI and go for the BRZ?

The BRZ sports coupe is a totally different car and will attract a different buyer than the performance-oriented 2015 WRX STI. Performance fans know there is a 105 horsepower difference between the 2.0-liter BRZ naturally aspirated boxer engine and the 2.5-liter WRX STI turbocharged powerplant. And the WRX STI is a Rally-bred race car with deep roots with WRC sports car handling and performance.

Subaru and Toyota designed the BRZ/FR-S to be an affordable two-door sports car that would attract a very different buyer. BRZ has “accessible driving thrills” that can’t be found in any other car on the market. Subaru and partner Toyota came up with a great new sports car for buyers wanting an affordable coupe.

Subaru has chosen to keep the BRZ out of the hands of Subaru Technica International (STI), and keep it a tamer sports car that anyone can afford. Even though they have begun to make suspension and steering upgrades, BRZ is still not anywhere close to the WRX STI in performance. But that’s not BRZ’s role in Subaru’s lineup.

BRZ is powered by a 2.0-liter horizontally-opposed Boxer naturally aspirated engine, and where it shines is in its low center of gravity and rear-wheel drive configuration that gives drivers engaging driving thrills. It’s not going to win any drag races, but it will give driver’s thrills in the corners on the track. So if you want a fun sports car, the 2014 BRZ now comes with a lower price for sports car fans.

The all-new 2015 Subaru WRX STI saloon also gets a price reduction. Subaru’s flagship performance model arrives in showrooms in May, priced from 28,995 (OTR) which is 4,000 less than the previous model.

So will buyers choose the 2014 Subaru BRZ coupe over the 2015 WRX STI just because of the price differentiation? The BRZ sports coupe is a totally different car and will attract a different buyer than the performance-oriented 2015 WRX STI. BRZ is a sporty alternative and UK buyers don’t have to spend a fortune to have fun on the street or track.