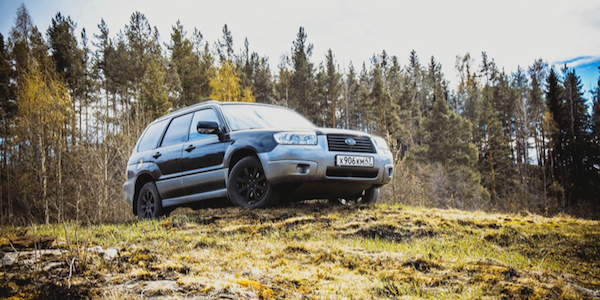 Why these 2 cheap Subarus are car thieves top choice

The Subaru Forester and Subaru Impreza are in the top ten most stolen cars in New Zealand. Why are the two Subarus popular targets with car thieves?
Advertisement

New Zealanders who own a Subaru Impreza or a Subaru Forester, need to invest in some extra security for their cars. The two Subarus are both in the top ten most stolen cars in New Zealand and popular targets for car thieves.

According to AA Insurance data from the past six years, all the cars on the list were manufactured more than 10 years ago. The other cars on the list aren’t too well known, at least not in the U.S., and we can’t imagine car thieves wanting any of them. The average value of a stolen vehicle claim from the list was $5120.

Why are car thieves targeting these older vehicles and not going after more expensive brands? In a report by Stuff.co.nz, AA Insurance customer relations manager Amelia Macandrew told them, “New models tended to have more complicated security systems that help prevent theft.”

All the models on the top ten most stolen list are all older Japanese models. These 10 plus year-old Subaru, Honda and Mazda compacts make up the majority of the cars that thieves seem to be targeting. It's not because they want to take these older all-wheel-drive Subarus off-roading, it's because they are so easy to break in to.

Macandrew says there are ways to make that older vehicle less attractive. "For example, installing an alarm, a steering lock, or considering a visible immobilizer. Thieves will always go for the easiest, fastest option, so if you make it just a little bit harder for them then chances are they'll lose interest in your car and move on to an easier target." Check out the top ten most stolen car list in NZ.

According to AA Insurance data from the past six years, even though the cars were manufactured more than 10 years ago, and cost around $5,000, the Subaru Impreza and Subaru Forester are easy targets for car thieves and have the highest probability of being stolen compared to other more expensive vehicles insured by the company. These older Japanese cars aren’t really that desirable from a value perspective, they are just easy to break in to.