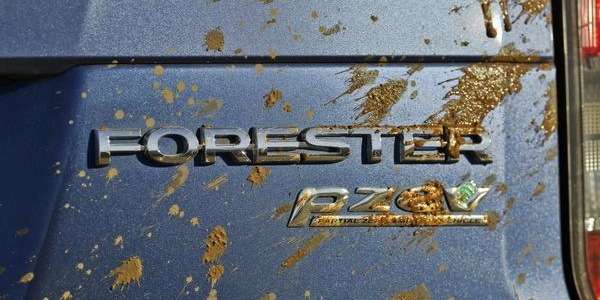 The success of Subaru’s AWD Forester has reached a big milestone down under and the 200,000th model sold was a 2015 Forester this month. When you think of Subaru in Australia, you think of the Outback wagon, but Forester is Subaru’s best-selling model ever in Australia. Forester launched in 1997, and the small AWD vehicle established a new class of vehicle in the Australian market.

Subaru originally positioned the Forester as a multi-purpose vehicle that could be used on the Monday-to-Friday commute or the school run, but on weekends, it’s the ideal vehicle for recreational interests. Subaru created a niche market and knows how to market their product. Check out the ad for Forester from 1997.

Many of these older Foresters are still on the road and have been modified by enthusiasts who use the SUVs for serious off-road use. Other’s are left stock and handed down to younger family members. Nick Senior, Managing Director, Subaru Australia, said: “Within our company we often talk about the ‘Subaru Passion’ and Forester owners are prime examples of all that it entails, with many of the wagons handed down through families that just can’t bring themselves to part with their favorite SUV.”

Forester is destined to get dirty

New to the brand, younger buyers are finding out just how good Forester is for recreation. The AWD Forester just begs to get dirty and an active generation is using the new-generation SUV for towing, carrying mountain bikes, kayaks, camping gear, and fishing gear on the weekends. Senior went on to say, “Our original launch television commercial for Forester positioned it as the perfect vehicle for dirty weekends.”

CHECK OUT: 2.0-liter turbo diesel coupled with CVT is a Forester first

Forester originally came with just one engine option and has come a long way since 1997 in Australia.The 2015 Subaru Forester now comes with an entire range of vehicles with naturally aspirated, turbocharged gas and turbo diesel engines. The Forester range expands even further this month with the launch of the first automatic transmission diesel variants. All variants are destined to get very dirty on the weekends.