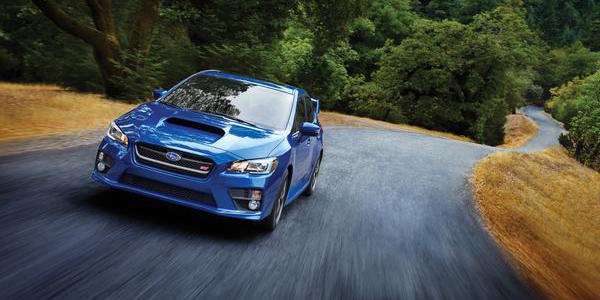 The 2017 Subaru WRX and WRX STI sales are down in the US. Why are they slipping?
Advertisement

For the second time in 2016, Subaru’s performance model’s sales number are down. For July, 2017 Subaru WRX performance sedan and higher-performance twin, WRX STI, sales were down 11.5 percent. Why are they slipping?

The WRX and WRX STI also saw a decline in May, the first decline in years, but sales were up again in June. What’s going on? The models are so popular, Subaru can’t produce enough. Subaru produces the two performance models at the Gunma factory outside of Tokyo and ship them all over the globe. The models are also selling well in Canada, Australia and Europe.

Global demand is high for WRX/STI

Subaru of America builds the Outback and Legacy here in the US, where both models achieved their best July ever. They don’t have to get them from across the pond. Supply and demand for WRX/STI is the issue for Fuji Heavy Industries (FHI) parent company of Subaru.

With only two global plants online, Subaru is balancing building the 2017 Forester, new Levorg sports tourer and Impreza. They just launched the new Levorg in Australia and Europe where sales are brisk for the new sporty wagon. Subaru of America is also selling out of the Crosstrek which is also produced in Japan.

The 2017 Subaru WRX and WRX STI have not lost their appeal for performance enthusiasts. In fact, the WRX has broadened its appeal beyond the Subaru faithful. It’s being purchased now by a new generation of buyers who are attracted to the sedan because of its softer side. WRX now comes with a new CVT automatic and has a new interior with more appointments than ever before.

The plant expansion in Lafayette, Indiana will certainly help the Japanese automaker’s supply issue for the 2017 Subaru WRX and WRX STI. Look for the performance sedans to finish on a winning note in 2016.

Joe wrote on August 4, 2016 - 6:02pm Permalink
50% of the WRX/ STI sales in the recent past came from the hatchback version. The fact that they only dipped 11% is surprising to me. Unless a hatch is available when I'm ready to replace my 2011 WRX they'll lose me as a customer for sure.
Martin Bourgault wrote on August 5, 2016 - 9:00pm Permalink
Totally agree. I am searchng the web to see ir a hatchback version is coming. If not , then subaru lost me as well ...
SubaStar wrote on August 6, 2016 - 12:22pm Permalink
Withdrawing the hatch, Subaru allows the Ford Focus RS to invest this niche left empty. Many disappointed WRX STI hatch owners might watch on that car, which is e real challenger. Come on Subaru, bring back our hot hatches with the updated 2.0 DIT engine and the right power !
Brent Simpson wrote on August 29, 2016 - 7:19am Permalink
Мотор смотри !слабое место если за машиной не ухаживали! Смотря как экспортировалась а то сегодня купишь а завтра стуканет мотор и усё — поверь это не сказка ! Честно ссылки даже не смотрел, но когда собирал своего бубика, могу сказать одно, даже пилу я вез WRX не STI, потому что в нормальном состоянии в жопонии почти ничего не осталось, а если осталось ценник сумасшедший.
Peter Griffin wrote on December 26, 2016 - 8:13pm Permalink
Hatch Backs are for Queers
Oyster wrote on May 15, 2017 - 9:43am Permalink
Where are you getting your information, Denis Flierl? After 5 mins of searching, I've found that sales for the WRX/STi have gone up. Slightly, but up - all the same. Not declining. Sorry to break it to you, but sales are increasing.