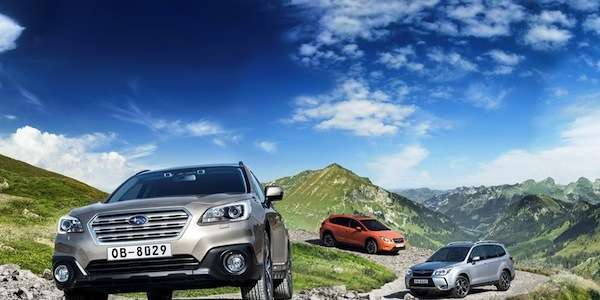 Why Subaru owners love their Outback, Forester and Crosstrek in the snow

Consumer Report’s (CR) 2015 auto survey reveals that Subaru Outback, Crosstrek and Forester owners rated their all-wheel-drive vehicles the best when it comes to driving in the snow. CR asked subscribers to rate their vehicles’ performance in snowy conditions, and the results revealed that some AWD and 4WD systems are better than others.

Sixty-nine to 92 percent of owners thought their 4WD and AWD SUVs and wagons were “very good” at snow performance. Subaru Outback, Crosstrek and Forester ranked their vehicles higher than any other models on the market.

The SUVs and wagons in the Consumer Reports 2015 auto survey were ranked for winter driving based on 47,982 subscriber ratings. CR says all respondents had driven their vehicles without changing to winter tires on at least six snowy days during the winter of 2014-2015. The rankings are based on 2012 to 2015 models that have at least two model years’ worth of data.

Subaru owners really do Love their Outback, Crosstrek and Forester like the Subaru ad says, “Love-it’s what makes a Subaru a Subaru.” By tapping into the power of love, Subaru of America has doubled market share and exceeded eleven other car makers on a list of best selling cars. Maybe it’s more than just a slogan?