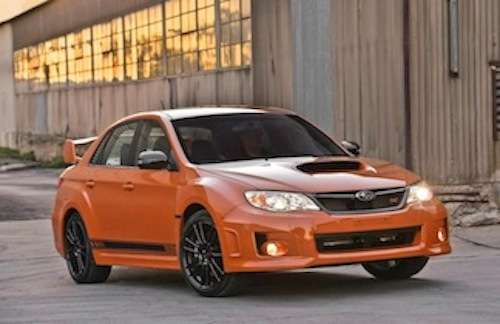 Subaru Impreza owners and the Subaru brand in general have the safest drivers according to an independent research group in the UK.
Advertisement

The Subaru brand has been stereotyped in the UK as having drivers of the “boy racer” image. This is because of the hot Subaru Impreza WRX that is purchased by younger males who tend to “drive it like you stole it.” But things couldn’t be more different when it comes to safe drivers. According to analysis by MoneySupermarket, drivers of Subaru vehicles are the least likely to make a claim for an “at fault” accident with their insurance carrier. And they also tell us that Subaru Impreza owners are even less likely than any other Subaru model to file a claim in the UK. Why does the Subaru brand have the safest drivers of any brand in the UK?

Independent findings by the leading comparison website MoneySupermarket.com found that statistics reflect that Subaru owners make fewer at-fault claims per 1,000 owners than any other model of car followed by Smart Car and Fiat drivers. And surprising findings released yesterday revealed that drivers of the Subaru Impreza have the lowest claims than any other model of Subaru car. It seems that Subaru is shedding the “boy racer” image in the UK. But how could that be with the Impreza being the model that has the hot WRX variant?

The report seems to be a surprise and reflects that Subaru owners are the safest drivers on the road in the UK. Subaru UK managing director Paul Tunnicliffe has said that he is “very much less surprised than everyone else seems to be.” Of course as soon as the report was released, Subaru claims it’s because they have the safest cars with their active safety of the Symmetrical All-Wheel Drive system in their Subaru models.

Tunnicliffe goes on to say, “All Subaru’s protect their owners and occupants with both symmetrical All-wheel drive and active safety technologies. The Subaru Impreza, Legacy, XV and Forester are all fitted as standard with Subaru’s unique All Wheel Drive system, with great road holding benefits.”

More to the story

But we know there has to be more to Subaru drivers having the fewest at fault” claims than just driving safe cars with all-wheel-drive. The real reason is because Impreza WRX sales to younger “boy racers” in the UK have dropped so much that Subaru confirmed late last year that there isn’t enough demand for the cars in the UK, so the cars will be axed from the UK line-up as soon as current inventories run out. Subaru drivers who are insuring the standard Impreza model, are less likely to be younger drivers, and more likely to be in their late thirties and forties. Even though Impreza WRX and WRX STI sales are hot in the U.S., Subaru has struggled in the UK to attract a younger buyer to the brand.

With lower claims rates than other models this indicates that Impreza owners are in fact older drivers who drive more careful. Peter Harrison, car insurance expert at MoneySupermarket, said: “A turn up for the motoring books!  The Subaru is shedding its image of a car for pure petrol heads, and is actually being driven by older, safer drivers."

Which popular car brands have the most claims? The Seat has the most at 94.1 claims per 1000 drivers followed by KIA, MINI, Honda and Mazda. Those brands have done a good job of selling their cars to a younger generation of buyers. The new 2014 Subaru Forester, XV Crosstrek, Legacy and Impreza all appeal to an older more mature crowd. This isn’t a bad thing for Subaru, as they have created a niche in the market that attracts a safer driver who is looking for the safety and security that Subaru offers.