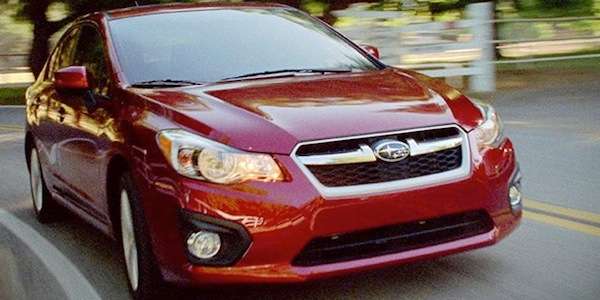 Consumer Reports compiled a list of the best used cars and the 2009-2010 Subaru Forester and 2011-2013 Subaru Impreza make the list.
Advertisement

Are you looking for a reliable used car? Many Americans can’t afford to buy a new car, or they may be looking for a good second car for a family member. Consumer reports says the 2011-2013 Subaru Impreza compact sedan and five-door, and 2009-2010 Subaru Forester SUV are great bets if you are shopping for a used vehicle. Consumer Reports compiled a Best & Worst Used Cars list for model years 2004 through 2013. The two popular Subaru models are on the list.

Both the Subaru Impreza and Subaru Forester (non-turbo) performed well in CR’s testing when new, and had above-average reliability for the model years shown, based on CR’s Annual Auto Survey. CR compiled the list from different price ranges and Impreza and Forester are in the $15,000-$20,000 price range.

To help Americans choose the best used car for their money, Consumer Reports auto editor Rik Paul says, “When shopping for a used car, it’s really important to find a car that drives well and will hold up down the road. Our guide makes it easy for shoppers to choose a great used car by highlighting the best small cars, sedans, and SUVs in four different price ranges,”

Here’s the two small cars in the $15,000-$20,000 price range CR found as the best used cars: 2012-13 Hyundai Elantra and 2011-13 Subaru Impreza. ”These are as roomy and as comfortable as larger, more expensive cars. The Elantra combines nimble and secure handling with a fairly comfortable ride. The Impreza sedan and hatchback both offer standard all-wheel drive along with sporty handling and a great ride.”

In the SUV category, $15,000-$20,000 price range, CR found the: 2006-2007 Lexus RX and 2009-2010 Subaru Forester (nonturbo) to be the best. CR says, “The Lexus RX is comfortable, nicely finished, and extremely reliable. The hybrid version gets good fuel economy. The Forester is more utilitarian but handles well and has an excellent ride.  Access is easy, and the view out is the best among SUVs.”

Subaru has been producing reliable vehicles for some time, but the Japanese automaker has been moving up in brand recognition the last few years. Toyota, Honda and Nissan continue to produce the most reliable cars, but they have slipped this year because of reliability or safety issues. The 2014 Subaru Forester especially, has received praise recently for its safety and design and has
stood head and shoulders above all the other SUVs and earned the best score of any car surveyed besting all the other brands in the area of safety. That says a lot about what Subaru is doing.

What is Subaru doing with the Impreza and Forester to achieve this recognition? Subaru is making cars that are a little more expensive than the competition and they are making them well. What seems like an overnight success has been coming from years of building good vehicles that meet a specific need for consumers. They are engineering quality automobiles and staying true to their core values. If you want a good reliable used compact sedan or hatchback or mid-size SUV, the 2011-2013 Subaru Impreza and 2009-2010 Subaru Forester SUV are great choices.

The full report is available in Consumer Reports’ Annual Auto Issue, which is on newsstands now, and at the 2014 Autos Spotlight page.

Other Subaru Impreza and Forester stories of interest.