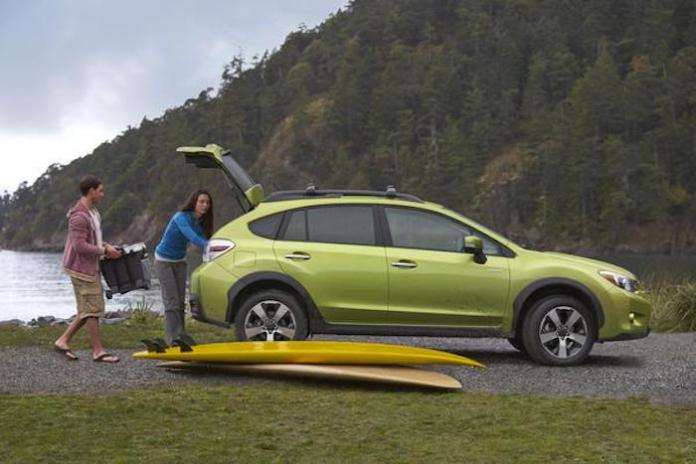 Why Subaru Crosstrek Hybrid Was Axed; What’s Coming Next For Consumers

Why did Subaru axe the Crosstrek Hybrid and what’s coming next for their green technology?
Advertisement

Subaru first introduced the Crosstrek (XV) Hybrid at the 2013 New York Auto Show, but it was discontinued just two years later. It had all the typical Subaru attributes of all-wheel-drive, utility and safety, but it never caught on. Why didn’t the hybrid make it in the current Subaru lineup?

The majority of Subaru’s vehicles have been fuel-efficient, economical to operate, and appealed to an economy-minded customer. When the Crosstrek hybrid arrived in 2013, it offered new features for the chassis, exterior and hybrid system to enhance driving dynamics and ride quality. The configuration of the hybrid system and battery along with the low center of gravity and superior weight balance delivered the same sporty drive-ability and handling both on-and off-road. So why didn’t it sell?

The main reason the Subaru axed the Crosstrek Hybrid was slow sales. Consumers weren’t willing to pay and extra $4800 premium for the 3 mpg increase in fuel mileage over the standard Crosstrek. The Crosstrek Hybrid had the highest starting MSRP in Subaru’s lineup, even more than the flagship Outback and popular Forester SUV. The Hybrid’s improved mileage wasn’t enough to move the new green crossover off dealer lots.

What’s next for Subaru green technology?

Subaru hasn’t given up on hybrid technology and the Japanese automaker will be brining out new green offerings soon. Subaru moved to the new Global Platform with the new Impreza and 2018 Crosstrek first, and it will be offered on all next-generation models to come. The new architecture will allow them to build dedicated EV-type models that better fit into their plans and manufacturing capability.

Subaru Corporation has confirmed they will be bringing out a new plug-in hybrid (PHEV) for consumers in the near future and a dedicated battery electric vehicle (BEV) in 2021. What they haven’t said is what existing model will get the new green technology. We are guessing it will be the Crosstrek first with others to follow. We do know Subaru won’t build a new vehicle for the either PHEV or BEV. It will come on an existing model in the lineup.

Subaru is not your typical automaker and they will make sure whatever new green technology is coming, it will provide their customers and other EV owners with a unique take on technology all without compromising the Subaru niche of all-wheel-drive, safety and utility.

The new global platform will allow all their current vehicles and the new 2018 Subaru Ascent 3-Row SUV to be fitted with hybrid powertrains, plug-in hybrids, electric units, and other types of alternative power units. Things are changing at Subaru. Stay tuned.