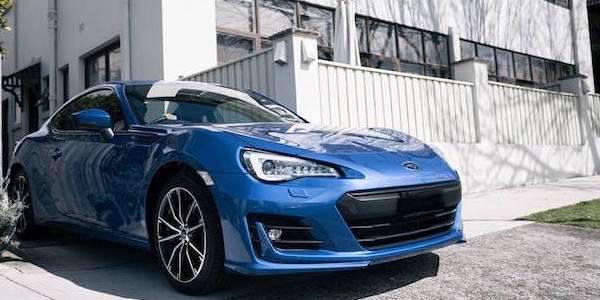 Why New Subaru BRZ Gets Drastic Price Cut in Australia; What About the Toyota 86?

The 2017 Subaru BRZ gets huge price cuts in Australia. What about the Toyota 86?
Advertisement

As the 2017 Subaru BRZ arrives in Australia, the updated BRZ sports coupe is a better bargain compared to the outgoing model. Subaru Australia announced big price cuts for the newly-upgraded manual and automatic sports coupe. The two-door rear-drive sports cars are priced from $32,990 for the 6-speed manual, a saving of $1230 over the previous model year, while the automatic variant is $34,990, $1735 less than the 2016 model year.

Why the big price drop?

Subaru Australia Managing Director, Colin Christie, said: “Despite exchange rate pressures, our strong relationship with the factory has produced a great result for BRZ fans.” The price cuts are likely a result of slow sales for the aging BRZ sports coupe. Interest has wained and sales are down in Australia and around the globe.

Sales of the two-door Subaru BRZ have continued to slide backward all year in Australia, with registrations down by 50.5 percent to 246 units compared with the 497 in same period last year. In the U.S., sales of the sports coupe are also down with a 19.6 percent drop over the previous year. In Canada, BRZ sales are up a surprising 83.3 percent in November.

Sales of the Toyota 86, are also down, with a 27.7 percent drop over the first nine months of 2016. Sales of its twin, the Toyota 86, have been much more robust than the BRZ with the two-door 86 recording 1713 registrations so far this year down under. Toyota hasn’t announced any price cuts when the new model arrives. The Toyota 86 is the second-best selling sports car under 80,000 behind the wildly popular Ford Mustang.

It’s a great time to buy a new BRZ if you live down under. The newly-upgraded 2017 Subaru BRZ sports coupe is at dealers now in Australia, and driving enthusiasts can get one at a reduced price.