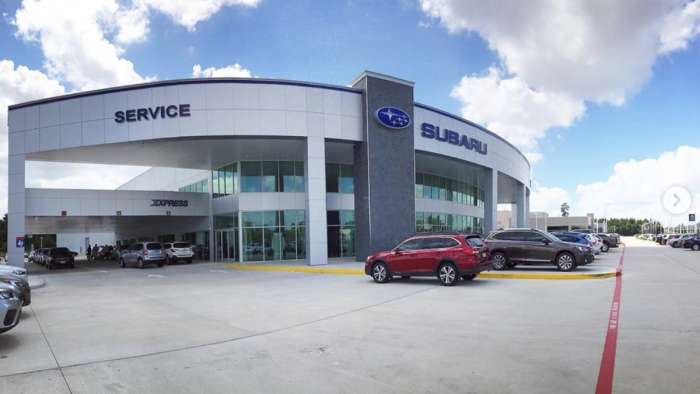 Why It’s The Best Time For You To Buy A New Subaru Forester, Outback, Crosstrek

This Memorial Day could be the best time to buy a new Subaru Forester, Outback or Crosstrek. See what incentives Subaru is offering.
Advertisement

If you are in the market to buy a new 2019 Subaru Forester, Outback or Crosstrek the best time for you to buy could be right now. Subaru Corp. has had to increase incentives to customers due to increased competition in the SUV and crossover segment and that’s good news for consumers. A report from Automotive News says Subaru is spending more to move their popular all-wheel-drive models, and customers can benefit from it.

The report says, in the January-March period, average spiff spending by Subaru of America rose 14 percent, while overall industry outlays decreased 4.6 percent, according to figures from Autodata Corp. Subaru has never had to offer large incentives to customers because the demand for their cars is so high. Even their $1,424 cost per vehicle is still far below the industry average of $3,574.

Subaru says competition is getting hotter than expected in the small crossover segment, where they sell the newly-redesigned 2019 Forester SUV, Outback SUV/Crossover, and Crosstrek crossover models. A company spokesman says, ”The market is moving in the direction we anticipated, but we didn't expect there to be so many models as now, so the competition is heating up. Looking ahead, the situation will become tougher.”

Subaru just revealed their all-new sixth-generation 2020 Subaru Outback that will make its dealer launch this summer. Along with the newly-redesigned Forester SUV, these new models should help Subaru keep up their sales pace helping them reach their 11th straight year of record sales in the U.S. market, and Subaru has incentives for you to help them get there.

For consumers looking to buy a new 2020 Subaru Outback SUV/Crossover, 2019 Forester SUV or Crosstrek crossover, this Memorial Day weekend and upcoming summer season is the best time as Subaru is giving consumers even more incentives to buy their all-wheel-drive vehicles.

You May Also Like: Looking For The Best Car Value? Subaru Beats Toyota And Honda

Denis Flierl wrote on May 27, 2019 - 7:07am Permalink
Would you buy a 2019 Outback if Subaru gave you extra incentives, or wait for the new-generation 2020 model and pay more?
Digitaldoc wrote on May 27, 2019 - 3:16pm Permalink
Took at look at both my local Subaru dealer, and the Subaru website, but neither had any notable deals, or anything exceptional IMHO. They had some leases (which I find difficult to evaluate and do not interest me), but no cashback, nor 0% finance offers. Guess they are not too desperate for sales, despite what the article intimates.
Jane wrote on May 27, 2019 - 7:21pm Permalink
I'm in So. California and the deal on the 2019 Outback is 0% financing and 0.9% on the Forester. This offer has been going on for at least 3 months
Ray wrote on May 28, 2019 - 5:23am Permalink
Yeah Subaru has 0% on the 19 outback for 36 most and even 0.9% up to 72 MOS and some great cash incentives as well . Talk to your local Subaru Dealer to see what the national incentives are. I am a sales manager at a Subaru dealer they are trying to move the Outbacks
Digitaldoc wrote on May 28, 2019 - 12:10pm Permalink
Thanks for the info. I bet Subaru wants to move the '19 Outbacks, as the '20 model is a significant redesign, and there will be pressure to clear out the old inventory. Not your fault, but the article intimated deals on Crosstreks, but not the case.
Andrew Johnson wrote on May 29, 2019 - 9:33am Permalink
Any chance i can get the friends and family discount code from you? haha there are no discounts here in michigan Im looking to buy a 2019 forester within the next weeks time.
Digitaldoc wrote on May 29, 2019 - 12:38pm Permalink
Seems like the headline is inaccurate, as no deals on Crosstrek or Forester. So if you want a new family truckster, er, I mean Outback, than this is the perfect time for a discounted leftover.
JGinNJ wrote on May 27, 2019 - 4:02pm Permalink
Maybe, once they get tired of offering incentives, the competition will force them to offer models with more power. Lots more power.
Erwin Palacios wrote on May 27, 2019 - 10:14pm Permalink
You should by a WRX STI; if not enough power, buy a +3.0L and help a little the planet to warm up faster.
SJMM wrote on May 27, 2019 - 7:40pm Permalink
We got our 2019 Outback last week. Got a very good deal using the AARP car buying program. Loving the car and all of it's features!
Frank Genco wrote on June 11, 2021 - 5:31pm Permalink
I was at the Subaru dealer in San Jose on stevens creek two weeks ago looking at a Subaru forester limited, and the fleet manager told me they were only taking sticker price. I left.