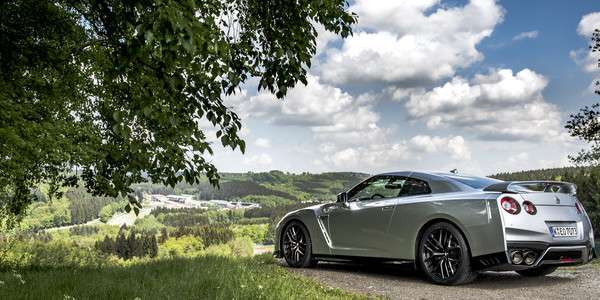 Why does Nissan keep building the expensive low-volume 2017 GT-R?
Advertisement

The new 2017 Nissan GT-R is a low-volume model. The Japanese automaker sells very few models around the globe. It also doesn’t come cheap. Why does Nissan keep the high-performance model rolling off the assembly line? Because they can.

It takes five Japanese skilled engine builders to craft one high-performance GT-R engine. It’s produced by hand and it’s the reason Nissan can only produce the GT-R in limited numbers. The performance coupe doesn’t share its platform or its parts with any other Nissan vehicle. Nissan doesn’t use the GT-R as a test-bed for new Nissan technologies or processes. And only 400 Nissan dealers out of 1,100 in the U.S., are authorized to sell or service the sports car.

Why does Nissan keep the expensive GT-R around?

Bob Laishley, British Nissan Motor Co. executive who oversees the GT-R's business, told Automotive News, "We'll sell about a thousand in the U.S. We'll sell around a thousand in Japan, and another 600 or so in Europe. If we can keep those sales volumes, we're OK.”

The GT-R just got a big price bump and the performance car isn’t cheap. It sells now in the U.S. for $111,585, including shipping. Who is buying the coupe? The GT-R draws a younger-than-normal performance enthusiast. AN says, according to data from the automotive research firm Strategic Vision, the median age for GT-R buyers is just 39. Many were attracted to the GT-R by playing the Gran Turismo video racing game. By comparison, the median age for a Porsche 911 buyer is 60, and it’s 64 years-old for a Chevrolet Corvette buyer.

Hiroshi Tamura, the GT-R's chief product specialist says, ”This car is about power. That is why people want it.” The low-volume performance model isn’t making Nissan lots of money like their high-volume Nissan Rogue crossover. So why not discontinue the expensive car? Nissan’s 2017 GT-R enjoys special status inside the mass-market Japanese automaker. Nissan keeps it around, "just because we can.”