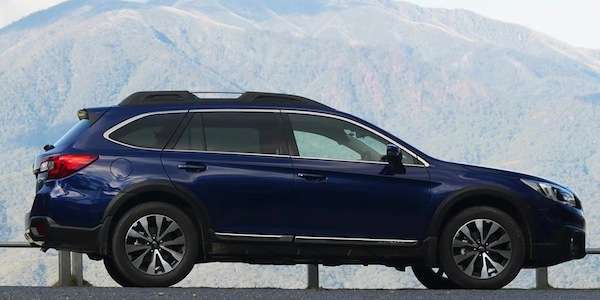 Why EyeSight is catching on in the new Subaru Outback

Subaru EyeSight is selling at a 43 percent clip in the 2015 Subaru Outback, Forester and Liberty. Why is the preventive safety system so popular?
Advertisement

Subaru Australia says EyeSight driver assist technology is selling at a 43 percent rate in the new 2015 Subaru Outback, Forester and Liberty (Legacy in the U.S.) vehicles. Subaru’s new-generation safety system is catching on with consumers as they want the safest vehicles they can get. Subaru has said they want to be the overall safety leader and they are doing it with EyeSight and building safe vehicles that rate the highest in the U.S., Australia and European safety tests.

Consumers are embracing this new technology and EyeSight sales are soaring around the globe. In Australia, Subaru reports that of 21,659 sales to the end of June, 9965 were of EyeSight-equipped vehicles. Subaru Australia Managing Director, Nick Senior, said, “Certainly there is broad acceptance among Subaru customers of the fantastic technology EyeSight represents and its ability to either help avoid accidents or reduce the severity of collisions.”

How does EyeSight work?

EyeSight uses stereo cameras mounted at the top of the windscreen, capturing “live” images of the road ahead. The car recognizes potentially dangerous situations and can alert the driver if they are distracted and help prevent accidents. This can help prevent collisions and reduce impact damage.

According to the J.D. Power 2015 U.S. Tech Choice Study released recently, three of the top five technologies consumers most prefer in their next vehicle are related to collision protection. Consumers are becoming aware of these systems Fuji Heavy Industries has developed for their automotive brand Subaru. Senior says, “To the end of June, sales of these cars were up 54 percent on the same period last year.” Subaru is leading the industry in safety with the 2015 Subaru Outback, Forester and Liberty models around the globe.