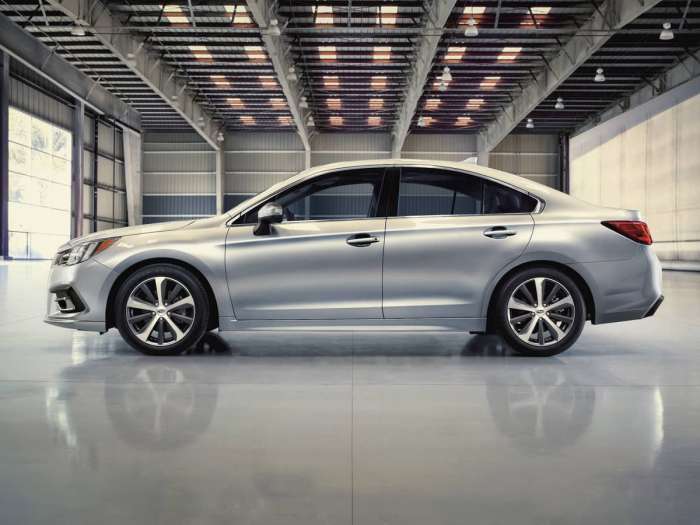 Toyota has Lexus, Honda has Acura, Nissan has Infinity. Could Subaru benefit from having a luxury brand?
Advertisement

The Subaru brand is at the lower end of the price scale and has created a niche market with their all-wheel-drive vehicles. They were the first automaker to bring an all-wheel-drive wagon for active urban-adventurers. The Japanese automaker is going on ten years of year-over-year growth. Is it time for Subaru to create a luxury brand like Toyota (Lexus), Honda (Acura) and Nissan (Infiniti)?

Lexus is the new upstart luxury brand with the most success of any of the Japanese automakers. Toyota Motor Corporation created the Lexus brand a decade ago and has transformed this upstart into a major automotive success story. Lexus has become one of the top-selling American luxury cars, behind only Lincoln, Cadillac and Mercedes.

Toyota Motor owns 16.5 percent of Subaru Corporation and they could learn from their expertise. What Subaru has going for it with their current lineup, is a stable of all-wheel-drive crossers and SUVs driving showroom traffic, bringing in customers who have active lifestyles. The Outback wagon, Forester SUV, and Crosstrek small crosser are the top-selling nameplates.

For Subaru to copy Lexus success and carve out new territory, would require the small Japanese automaker to create a distinct identity, with separate dealerships, and not dilute the brand with low-priced, less luxurious vehicles. They could not take the new Ascent 3-Row and just give it an upscale look. A new Subaru luxury brand would need a whole new lineup of upscale all-wheel-drive vehicles.

For Subaru to create a luxury brand of their own would require large amounts of capital, which the small Japanese automaker doesn’t have. Subaru doesn’t have deep pockets like Toyota, and to create a successful luxury brand, requires a stable of fresh exciting products. Don’t look for Subaru to create a new luxury brand. They don’t have the resources to create a luxury division like Toyota did with Lexus. Subaru is working hard to keep up with other automakers launching new hybrid and all-electric models, they don’t have a mid-size truck or even a super-expensive “halo car.”

Ed B wrote on August 29, 2018 - 3:58pm Permalink
Interesting concept, but for all the reasons outlined it wouldn't work. When you compare safety features, a loaded version of the Forester, Legacy, Outback and Ascent would fair very well against any of the luxury brands (with the exception of horsepower).
Christopher Wilson wrote on August 29, 2018 - 9:40pm Permalink
Lexus was created 10 years ago? Nice fact checking, Lexus was created in the late 80's, almost 30 years ago. I guess I actually publish now on my theory that Mercedes was founded in 1804 by Czar Alexander II and Napoleon.
Mark Salopek wrote on August 30, 2018 - 11:52am Permalink
I agree that pursuing a luxury brand would not be a wise financial move for Subaru, whose image is founded on well-built, all wheel drive vehicles for adventure seekers, or those looking for something different in an already crowded car market. To further differentiate themselves, they should offer customers multiple drive train options for each model, such as naturally aspirated boxers, turbo boxers, hybrid boxers, turbo hybrid boxers, and eventually full electric, so that customers could mix-n-match trim levels with power output choices, providing customers with custom tailored, no compromise vehicles. Lastly, they should consider expanding their STi brand to every vehicle in the lineup, with a WRX STi as the top performance offering. They should also translate their awesome VISIV design language into the production vehicles sooner than later.
Ed B wrote on August 31, 2018 - 11:39am Permalink
Mark, I totally agree, but just don't see the expansion in drivetrain options happening. Evidence - the one engine fits all 2019 Forester. A bad idea in my opinion. As a Subie fan, I've learned not to get excited about the Vizviv concepts. As Denis noted in earlier articles, don't expect major changes on the 2019-2020 Outback or Legacy. I'd love to see an STI version of each car line, but that isn't the direction Subaru is headed based on the coming products.
Big Engines wrote on September 2, 2018 - 6:29am Permalink
For long time i think Subaru need a luxury car as premium car in Large size sedan like Toyota Avalon & Nissan Maxima & Dodge Charger/Chrysler 300 & Kia Cadenza & Hyundai Azera, and i think they will succeed if it's like Ascent Interior and even better, but Subaru make a luxury brand? i don't thinks so, the problem how will interest to buy a luxury brand that not hybrid with CVT? i think it's will fail, just focus on premium large car better for Subaru

LG's New EV Battery Plant Is a Welcome News for Tesla
Tesla Giga Berlin's New Hurdle: It's Not Only the Gov't, but Now Tesla Itself
END_OF_DOCUMENT_TOKEN_TO_BE_REPLACED