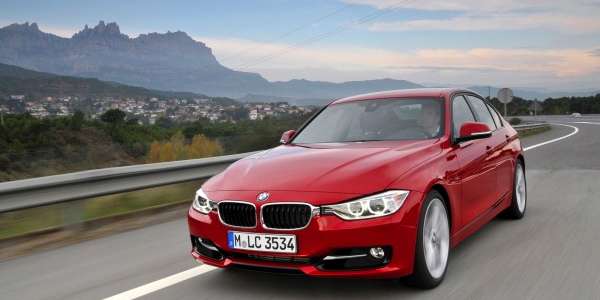 Why BMW 3 Series is in high demand in the UK

According to Auto Trader, the BMW 3 Series is in hot demand in the UK. Why do buyers want the older 2011-2012 3 Series?
Advertisement

The new 2016 BMW 3 Series is the top seller for the German automaker around the globe and it will continue to be a hot car for the brand. The older 3 Series are also hot with used car buyers. According to Auto Trader, buyers in the UK are buying the BMW 3 Series faster than any other vehicle in the lineup.

According to the report, 2011-2012 BMW’s 3 series was the top seller in the  UK in the month of June. London, North West and Scotland are hot spots for speedy sales in June. Auto Trader publishes figures revealing the fastest selling cars, nationally and by region and 2011-2012 3 Series only took 9-24 days to sell.

Overall, cars in the UK top ten sold more quickly than their equivalents in May, taking an average of 20.7 days to turn compared with 22 days. That compares with an average of 55 days for all cars that are listed for sale.

Why is BMW 3 Series so popular?

BMW has not forgotten what their core values are and have kept the 3 Series responsive, compact, fun to drive and connected to the driver. “We strive to keep the iconic BMW 3 Series evolving as the benchmark among sport sedans, and recognition around the globe is reassurance that we are doing our jobs,” said BMW of North America’s Chairman and CEO, Ludwig Willisch.

The BMW M3 is another hot item around the globe. The E92 M3 is likely to become a classic. It’s the last generation with the V8 powerplant and performance enthusiasts are snatching them up. It’s likely to be the last naturally aspirated M3 engine ever to be built by BMW.

We will probably never see another V8 in the M3 with its 8,250 redline, instantaneous throttle response and throaty exhaust note, along with the handling and driving dynamics. Maybe driving enthusiasts in the UK know something and are buying the 3 Series faster than any other BMW.