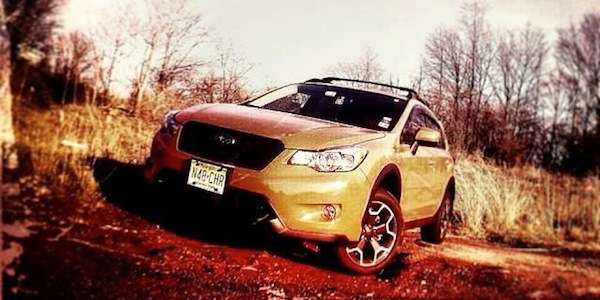 Why 8.7 inches sets 2014 Subaru XV Crosstrek apart from the rest of the SUVs

The 2014 Subaru XV Crosstrek has made KBB’s “10 Most Affordable SUVs” list. Why is 8.7 inches so important?
Advertisement

Subaru XV Crosstrek is based on the brands Impreza hatchback, not only gets an extra 8.7 inches of ground clearance but also comes with larger front brakes, a larger fuel tank, 17-inch alloy wheels and special black wheel arch and rocker panel cladding. XV has the ability to be a daily commuter during the week, and an off-road trail runner on the weekends.This is what sets it apart from the others in this segment.

KBB found that this was the difference between XV Crosstrek and the rest in the field. This is what the editors said, “If there is one thing Subaru owners love about their vehicles it is ground clearance. So, when Subaru decided to make a new SUV from its popular Impreza hatchback, they started by raising it a whopping 8.7 inches.Toss in a little cladding, some cool colors and snappy rims, and you've got the 2014 XV Crosstrek.”

But the XV Crosstrek also comes with Subaru’s excellent Symmetrical AWD that makes it a true off-roader for recreation enthusiasts. And it’s the most fuel-efficient all-wheel-drive compact crossover on the market. KBB went on to say, “Although not terribly powerful, the XV Crosstrek is easy on your fuel budget, and it can go places most of its rivals can't. Priced around $21,000 the XV Crosstrek makes sense for people who live in snowy climates but don't want to drive an expensive fuel-thirsty SUV.

And Subaru launched their first ever hybrid model, the 2014 XV Crosstrek Hybrid that gets even better fuel-mileage. It comes with full hybrid technology and can propel itself at low speeds purely under electric power, which optimizes fuel economy and excels in stop-and-go city traffic. The electric motor can also provide motor assist for acceleration in parallel with the gasoline engine, and an EV mode will operate the vehicle in certain low-speed situations. The Hybrid gets a combined 31 mpg city/highway fuel mileage.

Why is 8.7 inches so important? The 2014 Subaru XV Crosstrek gets extra ground clearance that gives it a “go-anywhere” attitude that recreation enthusiasts are looking for. It will go just about anywhere its owner wants to go. It’s what sets it and the Subaru brand apart from the competition.