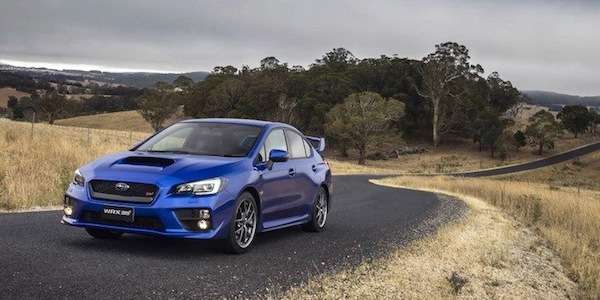 The all-new 2015 Subaru WRX STI will launch in South Africa but will be ultra-exclusive. What will make it such hot property?
Advertisement

Subaru South Africa has announced the new-generation 2015 WRX STI is available now for pre-ordering. But it could already be sold out before you read this story. The 2015 Subaru WRX STI will be launching in South Africa, but the high-performance STI will be ultra-exclusive. What will make it such hot property?

STI will be ultra-exclusive

Subaru will only offer 30 examples of the new-generation WRX STI for South African buyers. This will make the new STI ultra rare in the Republic of South Africa. And the STI will sell out quickly. Subaru Southern Africa Marketing Manager, Ashley Lazarus says, “The all-new WRX STI is set to be hot property in South Africa. Only thirty units will be available for 2014 and with pre-ordering now available, we already have confirmed orders and expect the vehicles to sell out relatively quickly.

The price remains the same

Even more impressive is the fact that the new updated high performance model will retail for R599 000 (South African rands), exactly the same price as the outgoing model. This should contribute to the STI selling out quickly. With 2,798 meters of South African coastline to drive on, STI buyers will have plenty of scenic places to take their new Subaru performance sports car.

STI has a global following

The Subaru STI is popular all over the globe and not just in North America, Europe and Australia. Ashley Lazarus went on to say, “The new STI is the undoubted hero in Subaru’s line-up, a car which evokes passionate fans around the world, from aspirational young teenagers who dream of one day owning a ‘Scooby’, to family men and women who appreciate the STI for its outright performance and unbeatable everyday practicality.”

The Subaru WRX STI has a history steeped in international motorsport including WRC and in more recent years Global Rallycross racing. The new Subaru WRX STI features elements which make it a practical family vehicle and a track driving enthusiast’s dream car. The new 2015 WRX STI will continue to create passion in fans all the way to South Africa.

The hard-charging and iconic 2015 Subaru WRX STI is due to reach South African showrooms in July in very limited numbers and at the same price as the outgoing model. But only 30 performance fans will get to own one.