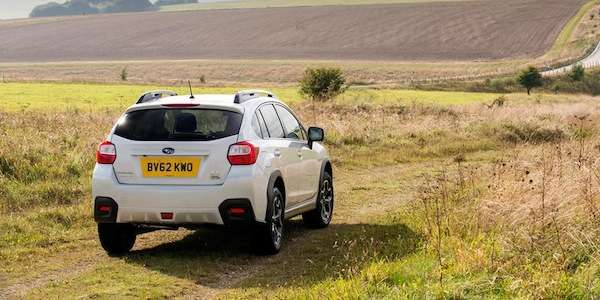 Subaru Russia has produced a brilliant new TV spot for the 2014 Subaru XV Crosstrek crossover, and it’s a must-see. We’ve included the video below that has already seen nearly 5 million views already in the past two days. That’s probably the best gauge of whether the spot is successful or not. Does Subaru have the best TV ads?

We know that Russia isn’t in the best graces of the world right now, but Subaru Russia has come up with a good ad agency to help them produce this great spot with a Golden retriever. We’ve seen TV ads here in the U.S. with dogs as the stars. This years Super Bowl saw a dog win with “Puppy Love” Budweiser ad, but Subaru had another great ad with Labrador retrievers, the Barkley family.

Subaru has produced vehicles for a niche market, and they are catering to dog owners who use their multi-use and recreation-oriented Subarus to transport their four-legged friends. It’s great marketing as there are millions of dog-owners around the globe.

In the video below, a dog appears to get hit by a Subaru XV Crosstrek, which is just known as the XV in Russia, and a video cam on the dash of the XV captures the whole scene. The video is filmed from inside the car, and the driver of the new Subaru XV appears to hit the Golden retriever before reversing to see what the impact was from.

Horrified, she runs to see if the dog has been seriously injured as it lays in the middle of the road. But the read-headed animal is playing dead and is about to hijack the new XV and drive off as the owner of the Subaru calls for help on her cell phone. We’ll let you see what happens as the scene unfolds on the brilliant video below.

Does Subaru have the best TV ads? Watch this Golden Retriever hijack a new 2014 Subaru XV Crosstrek. Be careful out there, there is a read-headed hijacker on the loose.