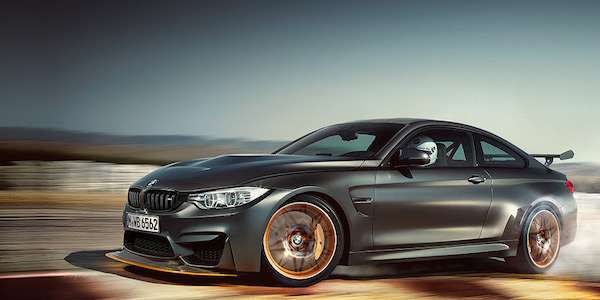 Video: 5 reasons why the BMW M4 GTS lapped the Nurburgring in 7:28

Who is Joerg Weidinger? He is one of the lead engineers who helped develop the BMW M4 GTS supercar. Watch him lap the Nurburgring in 7:28.
Advertisement

We knew the new high-performance BMW M4 GTS lapped the Nurburgring in 7:28 recently, but we didn’t know who the driver was until now. His name is Joerg Weidinger and he helped develop the driving dynamics on the new BMW M4 GTS supercar. Who is better than this guy to push the M4 GTS hard around the Nurburgring and see how it performs? It’s exactly what he did with the impressive sports car.

Joerg works in the vehicle dynamics department at BMW M GmbH developing the M models. The team he works with designs the M vehicles driving dynamics integrating every component to bring about the driving sensation all M vehicles are known for. Their goal is to produce the optimum overall driving experience for performance enthusiasts around the globe. They succeeded big time with the M4 GTS.

Weidinger and his team did an incredible job with the M4 GTS as it’s a special performance car produced with track-ready equipment but it can also be driven on the street. It comes with racing technology his team developed and it’s still fully road-legal. Watch Joerg Weidinger as he laps the Nurburgring Nordschleife in 7:28.

What does he do when he’s not working at BMW M GmbH?

We should have known Joerg would be driving other fast BMW’s. The BMW engineer worked for ten years as an instructor at BMW Driving Experience. He also spent the last 20 years doing what he loves, driving BMW’s in motorsport activities like hill climb racing, circuit racing, slalom and rallies. Jeers says, “My championship titles (two each in the European Hill Climb Championship and the German Hill Climb Championship) were my greatest successes, alongside a few good 24-hour races.”

5 reasons why the BMW M4 GTS lapped the Nurburgring in 7:28

Weidinger ran the fast 7:28 lap around the Nurburgring to show the work his team did on the M4 GTS paid off. He explains why the components all need to work together perfectly. “The BMW M4 GTS is indeed a thrilling overall package. This is not just because of its formidable engine but the three-way coilover suspension also plays an important role. The kinematics, tires, aerodynamics, and the design of the 'driver's workplace' all of these components are coordinated to work together perfectly.”