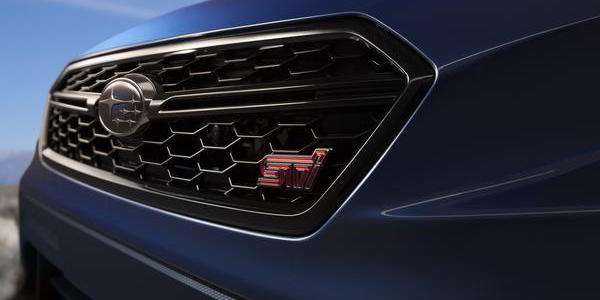 The refreshed 2018 Subaru WRX and WRX STI performance sedans make their debut at NAIAS. Why will fans be disappointed?
Advertisement

Subaru announced the changes coming on the refreshed 2018 WRX and WRX STI performance sedans. They will make their public debut at the North American International Auto Show in Detroit next week, but STI fans won’t be happy. Why will performance fans be disappointed in the refreshed performance car?

Even though the WRX and WRX STI get some suspension upgrades to make it quicker in the corners, fans were hoping for changes to the STI’s 2.5-liter EJ25 turbo boxer engine. Either bring more power upgrades for the current 305hp 290 lb ft of torque specs, or better yet, drop in a new 2.0-liter FA20 Direct Injection Turbo (DIT) powerplant with 325-350 horsepower. That would make fans happy.

Subaru has been running the EJ25 2.5-liter mill since it’s introduction in 2004 with very little power upgrades. Fans think it’s time for Subaru to change to the FA20 power plant with upgraded internals and more power. The Japan-only WRX STI S207 already has the new engine with 328hp on tap, so why not the US-spec model?

Fans have been asking for the 5-door hatchback WRX/STI since Subaru dropped it for the 2015 fourth-generation model. It offers extra utility for STI enthusiasts and makes it more usable for transporting cargo and sports equipment on the weekends. Subaru is already selling more new hatchback Impreza’s for these reasons. It’s a popular body style and buyers want it more than the sedan. Subaru is aware, but won’t make changes for another two model years. Why?

Why is Subaru slow to make changes to the STI?

Subaru is a small automaker compared with its large competitors around the globe. They have limited resources and they only have so much extra money for R&D to go around. Subaru has been focused on the new Impreza, the new global platform, a new 3-Row crossover and trying to figure out how to meet current fuel-mileage standards coming in 2018. Unfortunately, Subaru won’t make major changes to the WRX STI until it gets a complete remodel for the 2020 model year. Even though the new 2018 Subaru WRX STI gets numerous upgrades, fans will still be unhappy when it’s unveiled at NAIAS next week.

SubaStar wrote on January 9, 2017 - 11:35am Permalink
Totally agree with this article... but totally understandable also... So sad that Sub' didn't even brought a power increase that would compete better with the competitive models like a Golf R, a Audi S3 or a Focus RS... All this minor changes will not guarantee another reasonable sales level until 2020 when... we'll get an hybrid STI on the new SGP (Subaru Global Platform) ??? Understandable also due to the limited R&D resources from a "small" car manufacturer. Subaru should not forget however that it's the WRX (and later the WRX STI) that lead it's actual good global sales around the world, when building that sporty image on any terrain: why not giving priority to their iconic model instead of working on a 7-seat-SUV ?
Kenny wrote on January 11, 2017 - 9:51am Permalink
Great article... but the STI S207 does NOT use the new FA20DIT, the S207 still uses the aging EJ20 engine. The EJ20 is a 2.0 liter engine but its not the same 2.0 engine in the WRX/S4. Please google STI S207 press release and you can see the full engine specs. Im sure the USDM STI wont get a new engine until the full model refresh with the global platform due in 2020.