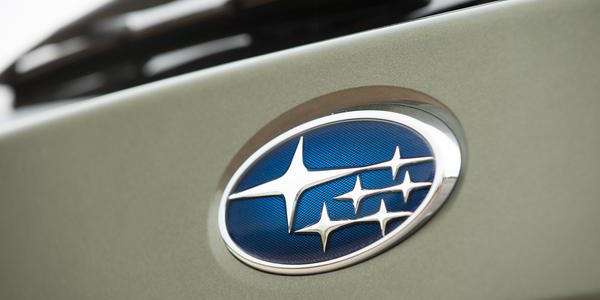 Trump Presidency Could Bring a Hurt to Subaru and Other Japanese Automakers; Consumers Will be the Winners

What impact will a Trump Presidency have on Subaru and other Japanese automakers? It could hurt Subaru and help consumers.
Advertisement

Japanese automakers like Subaru are worried because Donald Trump was elected President of the United States, but it could help consumers. Up until recently, the Japanese Yen was weak and it meant bigger profits for Subaru in the US. Subaru’s US sales account for roughly 60 percent of their global sales. This makes them particularly vulnerable to shifting investor opinion and what the election outcome means for Japanese automakers.

When Trump was elected President, the markets in Japan plunged as much as 11 percent last Wednesday on news of his victory in the U.S. presidential race. They recovered somewhat on Thursday, but there’s still jitters about future Trump Presidency implications.

Trump has proposed U.S. policies that are seen leading to a stronger Japanese currency relative to the dollar. This is particularly worrisome to exporters like Subaru who rely heavily on Subaru of America’s sales. A rising Yen will reduce profits and hurt stock prices. But that could be good news for consumers.

How this could benefit consumers in the U.S.

Right now, Fuji Heavy's U.S. operations look as healthy as ever. Subaru of America has logged 59 straight months of year-on-year U.S. sales growth through October. That beats every automaker on the planet. Up until now, Subaru has had the lowest incentives in the business. This means consumers don’t get much of a discount when they buy a new Subaru.

Up until now, Subaru has only offered around $1,200 in sales incentives per vehicle, which is a third of the industry average. Subaru may need to offer more, resulting in lower prices in the next year. Yasuyuki Yoshinaga, president of Fuji Heavy Industries told Automotive News, “While keeping the Subaru business model, we would like to increase sales, so we wouldn’t mind increasing incentives.” He added that Subaru has the leeway to increase average incentive spending to as high as $1,400 to stay competitive in a tougher U.S. market.

No one knows exactly what impact Trump's policies will have on the U.S. economy, but auto sales in the U.S. have been slowing and growth may be headed for a plateau. To keep profit up, Subaru will need to cut their US production in Indiana to keep inventories low.

But if Trump policies continue to boost the Yen, Subaru may have to increase incentives to move more of their vehicles off their lots. You could benefit by seeing lower prices for that new 2018 Subaru Forester SUV, Outback wagon and Crosstrek crossover next fall.