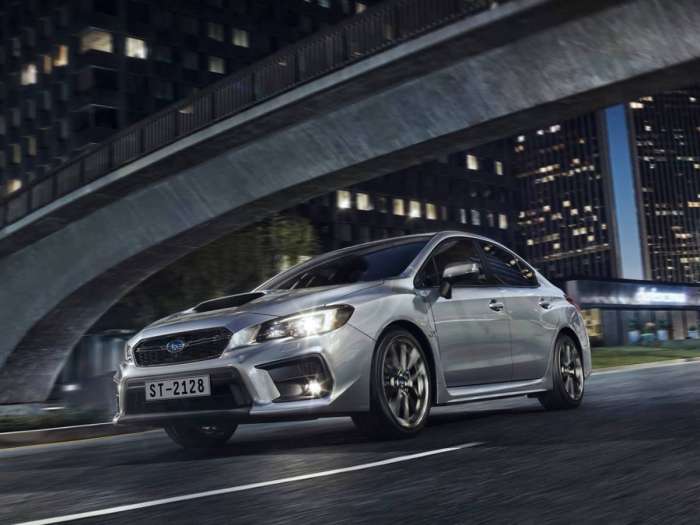 According to J.D. Power, the Toyota Prius gets more love from new owners than the Subaru WRX/STI. Has excitement for the WRX/STI left the building?
Advertisement

The APEAL study measures owners’ emotional attachment and level of excitement across 77 attributes, ranging from the power they feel when they step on the gas to the sense of comfort and luxury they feel when climbing into the driver’s seat. These attributes are combined into an overall APEAL index score that is measured on a 1,000-point scale.

The study, now in its 23rd year, is based on responses gathered from November 2017 through February 2018 from nearly 68,000 purchasers and lessees of new 2018 model-year vehicles who were surveyed after 90 days of ownership.

The Subaru brand scored low, not just the WRX and WRX STI. The industry average is 820 points, and Subaru scored an 804, ahead of Jeep, Mazda, and Mitsubishi. The 2018 Subaru WRX/STI scored below the Toyota Prius, Hyundai Elantra, Toyota Corolla, Chevy Cruze, Honda Civic, Volkswagen Golf, and Volkswagen Jetta in the Compact Car category.

J.D. Power doesn’t separate the WRX from the STI in the new study, but new owners seem to be sending Subaru a message that the STI isn’t offering the same excitement as it once did. The WRX STI has not had any significant upgrades to the horsepower since it was first introduced in 2004. It still uses the outdated EJ25 Boxer engine with only a 5hp bump in three-generations and 14 years.

The WRX/STI scored high in Comfort (convenience features and seats) and Style (interior and exterior styling, uniqueness, and colors), where Subaru has been making significant improvements the last few years. Subaru has upgraded the quality of materials and made improvements to the vehicle’s infotainment in recent years.

The WRX/STI is falling further behind in owners’ emotional attachment and level of excitement for the new performance car. Buyers of the Toyota Prius give their hybrid more love than new owners of the 2018 Subaru WRX/STI. Subaru Corp needs to figure out how to get the STI excitement back.

Paul Cahill wrote on August 5, 2018 - 9:39am Permalink
Hey look everyone! Another article by Denis Flierl about WRX and STI losing its fan base!