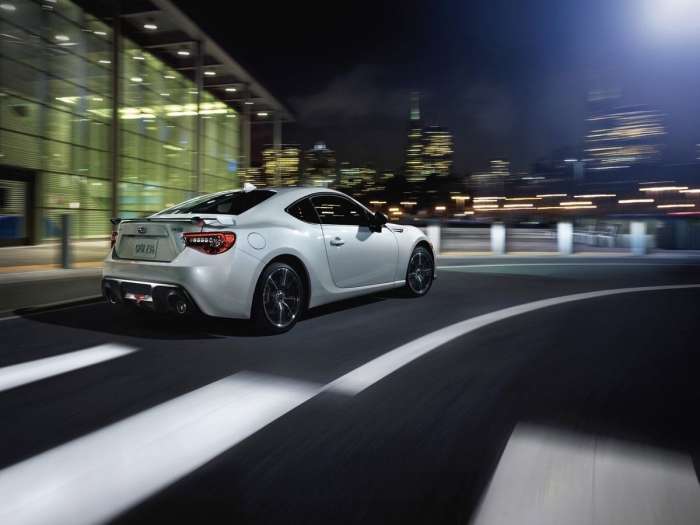 Toyota Could Ax 86, Is Subaru BRZ On The Chopping Block Too?

Reports say Toyota will ax the 86 sports coupe. Is the Subaru BRZ on the chopping block too?
Advertisement

The Toyota 86 and Subaru BRZ sports coupe joint venture was successful when they first launched in 2012 and they were the most affordable sports cars on the market. They were fun-to-drive, but both Toyota and Subaru have seen sales slipping the past few years. Reports from Automotive News say Toyota will likely ax the 86 sports coupe because of lagging sales and will pare down their cars as the industry makes a shift to SUVs, trucks, and crossovers.

The report says in addition to the rear-drive 86 coupe, the Toyota Yaris, Prius c, and Avalon will also be dropped from the lineup. With Toyota dropping the 86, we have to wonder if the Subaru BRZ will survive? Subaru of America has sold 3,184 BRZ sports coupes in 2018 and they are down 11 percent over the same period last year. BRZ is the brand’s least-performing sales model in the lineup by far. In contrast, SOA has already sold 22,588 Ascent family haulers in just 5 months since it hit showrooms.

Subaru and Toyota know the BRZ/86 twins need a complete remodel, and the two Japanese automakers have been squabbling on how to evolve the car. Even though there have been rumors of a more powerful next-generation BRZ/86, it's unlikely it will ever be produced. The AN report says the Toyota 86 has a 0 percent chance of survival. If that’s true, Subaru will also likely ax the BRZ sports coupe from the lineup.

Subaru fans want more power from the rear-drive BRZ two-door coupe and Subaru Corp has been reluctant to make any upgrades to the FB20 2.0-liter naturally aspirated 2.0-liter Boxer engine. Subaru gave the BRZ engine 5 more horsepower and a limited edition BRZ tS with a performance package, but it needs more power to take advantage of STI’s excellent suspension teaks. It’s the one crucial flaw with this sports coupe.

If Toyota does ax the 86, look for Subaru to also drop the BRZ sports coupe from the lineup. With the sports car in need of a major overhaul, it’s a good time for both Toyota and Subaru to walk away from the joint venture.