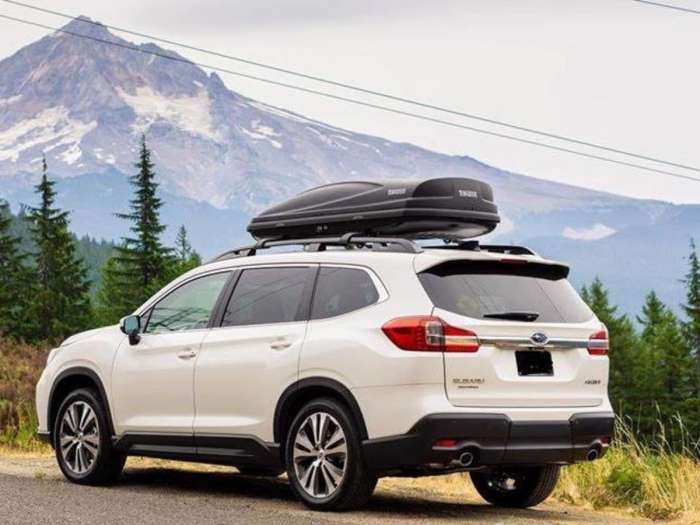 The new 2019 Subaru Ascent family hauler is keeping the brand’s production afloat. Where would Subaru be without it?
Advertisement

The Subaru brand is known for building small all-wheel-drive vehicles, but that changed in 2018. And Subaru couldn’t have brought out their new 2019 Ascent family hauler at a better time. The Japanese automaker is suffering from domestic issues in Japan with a fuel falsification scandal, inappropriate conduct in brake inspections, steering tests, speedometer calibration error tests, engine failure lawsuits in the U.S., and a possible massive engine recall have hurt the brand’s reputation around the globe.

Subaru Corporation just announced production, sales and export results and the only bright spot is overseas production at the Lafayette, Indiana plant in the U.S. is up +7.9 percent for September and increased year-on-year. Subaru can thank the largest vehicle they’ve ever produced, the new 2019 Subaru Ascent 3-Row vehicle which started production in May.

All other numbers are down for Subaru Corp with domestic production down -5.3 percent, passenger vehicles are down -7.0 percent and Japan total sales are off -7.6 percent. The new second-generation Crosstrek is the brand’s other bright spot with the small SUV selling like hotcakes around the globe, and especially strong in the U.S. market.

Subaru is now counting on the all-new fifth-generation 2019 Forester to bring sales up in the U.S. even more, along with helping sales in Japan, Australia, and Europe. The Forester SUV is made at Japan’s Gunma factory and not at the U.S. plant in Lafayette, Indiana where the Outback wagon, Ascent family hauler, Impreza compact and Legacy sedan are produced.

Subaru started production in Japan of the new Forester SUV in September and new models began arriving in September, and October in North America. Initial sales of the new 2019 Forester appear to be strong. The 2019 Forester arrived in Canada first and posted its best-ever September sales with 1,373 units sold across Canada, representing an increase of 39.2 percent over the same month last year. We’ll have to wait for U.S. October sales figures to be released to see how well the new small SUV is doing with U.S. consumers.

The new 2019 Subaru Ascent family hauler is doing well and couldn’t have arrived at a better time. It’s keeping the brand’s production afloat. Subaru would be hurting without it.