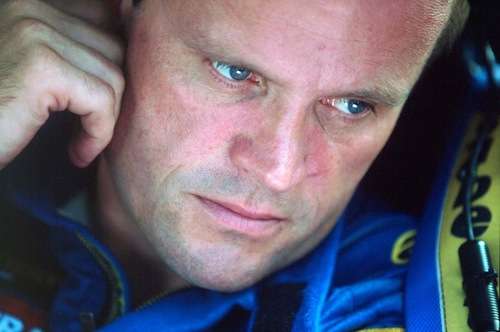 Four-time WRC Champion Tommi Makinen drives the 2014 Subaru Forester XT on the Col de Turini of France. What did the WRC legend think of the all-new Forester?
Advertisement

Subaru continues their "Forester Live", the all-new 2014 Forester's 100,000 km world expedition across 5 continents with video Clip #5. But behind the wheel of this special drive will be four-time WRC Champion Tommi Makinen. And he drives the new Forester on the Col de Turini of France, the location that is famous for a stage of the Monte Carlo Rally. Just what does the WRC legend think of the all-new 2014 Subaru Forester XT?

The perfect road for Makinen to test the new Forester

The Col de Turini of France is the perfect place for WRC champion Tommi Makinen to test the new Forester. After all, it's home to the Monte Carlo Rally, which boasts much tradition and prestige. The Churini Pass Provence is famous for its tight hairpin curves along the steep cliffs. Drivers have to be extremely attentive to handle the special stage of the race. This is the setting Subaru chose for Tommi Makinen to drive the Forester XT.

The Forester XT is powered by the new high performance direct injection turbocharged Boxer engine that produces 250 horsepower and 258 lb ft of torque and gives sharp responsiveness. This tester will be mated with the automatic transmission with S Mode. It’s the perfect sporty model for outstanding driver and WRC legend Tommi Makinen to take on the curves of Col de Turini. Makinen “Monte meinster” has won the Rallye Monte-Carlo 4 times in a row and has an unbelievable record of 24 wins in the WRC.

The day is cool and rainy with a temperature of -1 degrees C. Makinen drives the new Subaru Forester for the first time and tells us his impressions. He doesn’t hold the Forester back and immediately takes it up to 6,000 rpms. He says, “It is very nice performance. Low rev is nice because you can still drive with good acceleration. With the Sport Mode you can immediately feel much more power. It keeps the engine a bit higher, and it has a sharper acceleration.”

As the professional driver takes on the hairpin curves, he says, “I would say it’s very very fast for a SUV. The Sport Sharp Mode is one step upward. It keeps the engine even higher and it’s a very big difference. You can feel the engine performance is completely different and its acceleration is amazing.” Makinen is having fun navigating the sharp corners as he pushes the new Forester to its limits.

The weather is far from ideal as he drives through tunnels and curves. As he exits a tunnel he comments, “It’s so flexible, so sensible. It’s very easy and a safe car to drive. You can all the time feel the car what it is doing. It doesn’t do any unexpected things. Its constant behavior is nice to drive.”

Makinen gets the speed up as he drives on the narrow road. The road is wet and his wipers are going full-speed because of the rain. “Even in this conditions, which is twisted tarmac conditions, it feels nice to drive. General behavior, I would say is very good. It’s turning very accurately and its steering feeling is good, and engine performance is excellent. The package is nice.”

Just before he finishes the fast drive on the Col de Turini, he notes that the Forester can be driven in two different Modes. “Also if you want to find out the performance, it’s really two different cars in one package. he says with a big smile. As he finishes his drive he comes to a snowy area in the French mountains. He gets out and goes in to the Hotel Des Trios Vallees that is scattered with Monte Carlo Rally memorabilia. He says “Surprising SUV vehicle, and very enjoyable to drive on this twisted tarmac road. It’s a nice car for Subaru fans. Subaru has done a very good job in stepping forward.”

Tommi Makinen finished his drive on the Col de Turini and seemed to be very impressed with the all-new 2014 Forester XT. The next "Forester Live" stage will be on one of the “best demonstration points” on the planet, Nurburgring Germany. Stay tuned.