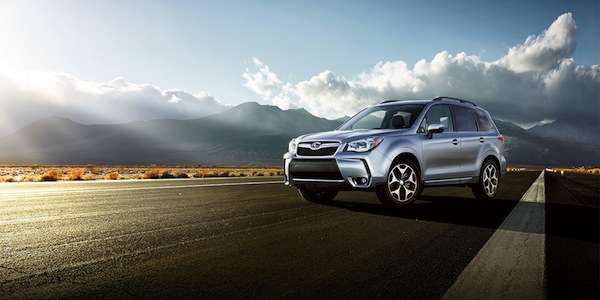 The 2015 Subaru Forester has won another global award. Why did 4x4 Australia magazine rate it so high?
Advertisement

The 2015 Subaru Forester is popular all over the globe and just received an award down under in Australia. When we think of Australia we think of the Subaru Outback of course because of Crocodile Dundee. But the Forester is just as popular and Subaru’s Forester 2.5i-L was rated first among 10 compact Sports Utility Vehicles in a mega-comparison test published in the July edition of 4x4 Australia magazine. It gets the award for being the “Top Compact SUV.”

Subaru’s vast experience building these multi-purpose all-wheel-drive vehicles gives them a distinct advantage over the competition. They’ve been doing it for decades and this is their niche market, so it’s not a surprise the new-generation Forester keeps piling up awards around the globe.

The July edition of 4x4 Australia magazine has a heading called “Uniquely different”, and the Australian magazine says, “Thanks partly to the fact that the Forester is the lightest vehicle here, it offers strong performance and good economy.”

Who did Forester beat?

4x4 goes on to say, “What’s more, the Forester’s engine doesn’t suffer from the same harshness and NVH issues of its in-line four-cylinder rivals, as a boxer four is inherently much better balanced than a straight four.”

Forester has low center of gravity

Because of the tall ride height of SUV’s, they have a very high center of gravity. This handicaps SUV’s severely in how they can maneuver, in ride comfort and fuel-economy. The new-generation Subaru Forester was designed to eliminate those driver dissatisfactions.

4x4 Australia magazine continues, “The chassis is equally good, offering both a smooth, comfortable ride with sporting overtones and an impressive balance when driven hard. Loaded with four people, the Forester’s suspension also continues to perform well, something that can’t be said of many of the other vehicles here.”

Subaru’s Symmetrical all-wheel-drive has been tested all over the globe in the worst conditions. It can handle, snow, ice, mud and with the new X-Mode, it will go just about anywhere it owner wants to take it. 4x4 says, “Off-road, the Forester offers good clearance and a clean, well tucked-in underside.”

Building quality off-road multi-purpose vehicles is what Subaru does. The 2015 Forester is the compact SUV in their lineup that performs like all their recreation-minded vehicles. It benefits from years of experience Subaru has building these niche market vehicles. Subaru’s Forester 2.5i-L was rated first among 10 compact Sports Utility Vehicles and gets the award for being the “Top Compact SUV.”