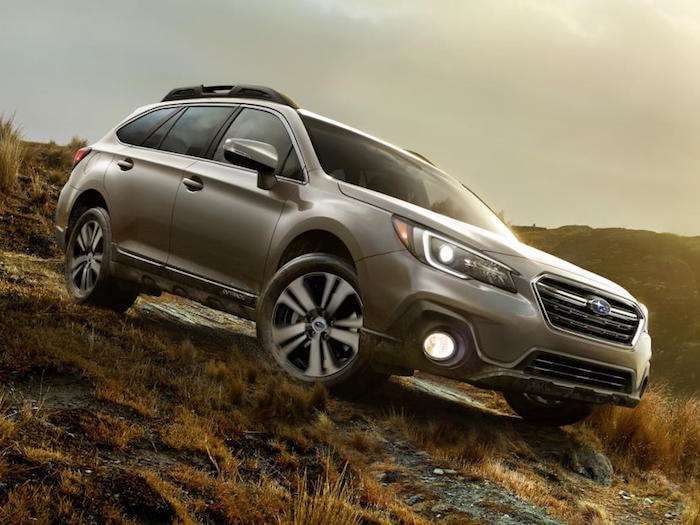 See why ALG says the Subaru brand is the best when it comes to keeping their value after you drive it off the lot.
Advertisement

If you drive a new 2018 Subaru Outback, Crosstrek, Impreza, WRX or WRX STI off the lot, they won’t drop in value as much as other vehicles. ALG says the Subaru brand is the best among all automakers. Subaru was named Best Mainstream Brand in ALG's 2018 Canadian Residual Value Awards for the fourth consecutive year. No other automaker has achieved such an honor in the history of the Canadian awards.

5 vehicles tops in their segments

The 2018 Subaru Impreza picks up its eighth win in 10 years, and the car has never finished outside of the top two in the compact category, proving itself a stalwart in an ultra-competitive segment.

The popular 2018 Subaru Outback picks up its eighth consecutive win in the Midsize Utility Vehicle, 2-Row segment, an impressive accomplishment given ALG's Residual Value Awards have only been announced in Canada for the past 10 years.

The newly-redesigned sports-tuned 2018 Subaru WRX and 2018 performance-tuned WRX STI secured the seventh win for the performance sedans. The WRX has impressively earned the ALG Residual Value Award every year that it's been available as a stand-alone model.

Finally, the all-new 2018 Subaru Crosstrek took home top honors in the Subcompact Utility segment. Its third consecutive segment win, the Crosstrek has never finished outside of the top three since its introduction for the 2014 model year in Canada. Kelly Blue Book (KBB) just released their 2018 5-Year Cost to Own Awards, and the all-new 2018 Subaru Crosstrek scores number one in the Compact SUV/Crossover category.

The 2018 Subaru Legacy achieved its third consecutive second-place finish in the popular Midsize Car segment, while the BRZ finished third in the Sports Car segment, the sixth year in a row the two-door coupe has placed in the top three in its segment.

The Subaru brand is tops in the auto industry when it comes to holding their value better than any other automaker. The new 2018 Subaru Outback, Crosstrek, Impreza and WRX and WRX STI are tops in their individual segments.

LG's New EV Battery Plant Is a Welcome News for Tesla
Tesla Giga Berlin's New Hurdle: It's Not Only the Gov't, but Now Tesla Itself
END_OF_DOCUMENT_TOKEN_TO_BE_REPLACED