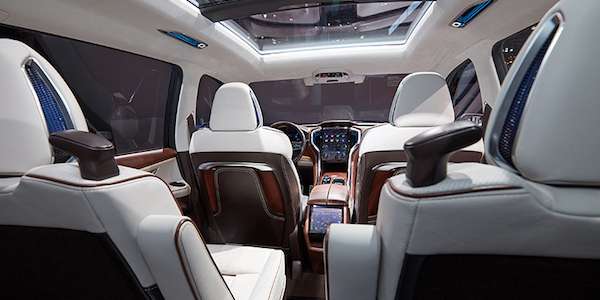 How Big will the New Subaru 3-Row SUV Be? Take a Tour through the "Space" of the 2018 Ascent’s Interior [Video]

The all-new 2018 Subaru Ascent 3-Row SUV will be the biggest vehicle Subaru has ever built. Subaru of America is the darling of the Japanese automaker’s brand because they are selling 60 percent of their vehicles in the U.S. market, and the Subaru Corporation is rewarding them with their own vehicle. American families will benefit by getting Subaru’s newest 8-passenger crossover. It will be built in the U.S. for North American families, and it’s coming next year. Here’s a few highlights of what families can expect and a video tour (on Page 2) of the new 2018 Subaru Ascent interior.

Subaru learned their lesson with the Tribeca B9 SUV because it was too small for North American families. The new Ascent 3-Row SUV was designed for Subaru of America as a result of the Cherry Hill, NJ automaker asking their dealers and customers what they wanted. They listened and acted in a big way on that information. Families wanted a larger “go-anywhere” SUV where they could go further. Subaru is delivering.

Why did Subaru name the new vehicle Ascent?

Subaru's new “Ascent” name is synonymous with recreation, getting away from civilization and outdoor adventure. Ascent conveys a climb to the summit of a mountain, and exactly how active families will be using the new 3-Row SUV on the weekends. It’s what the brand is about. 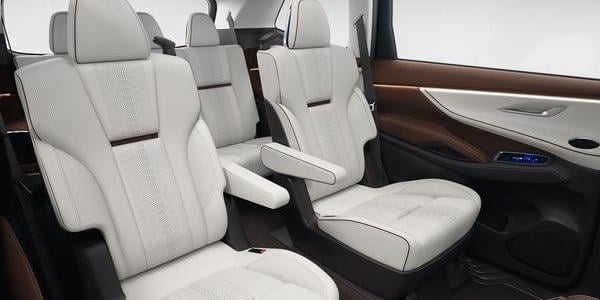 The interior of the new Ascent will be big compared with the discontinued Tribeca. It gets new modern features and will be a “step up” from anything Subaru has done until now. In his introduction at the New York International Auto Show this week, Tom Doll, President and COO of Subaru of America said it’s “bright, airy, high quality and big”. Subaru showed the cabin of the Ascent with second-row captains chairs, but said the production model would have seating for eight, indicating a second row bench would also be offered.

Other new features never offered before will be a large panoramic sun roof stretching the length of the new cabin. Doll said it will be “Serious fun for the active lifestyle Subaru customer.” Doll has been the chief architect of Subaru’s success in the U.S., and the new Ascent 3-Row vehicle will be his crowning achievement before he retires and turns the reins over to his successor.

Tom Doll said the final production Ascent will be coming to an auto show in a few months, so it will likely make its global debut at the North American International Auto Show in Detroit next January. Before the all-new 2018 Subaru Ascent 3-Row SUV arrives, check out this family of 6 and their dog as they take an adventure through outer space. The space is inside the Subaru Ascent SUV Concept. Watch Subaru’s Promotional Video "The Universe Within”