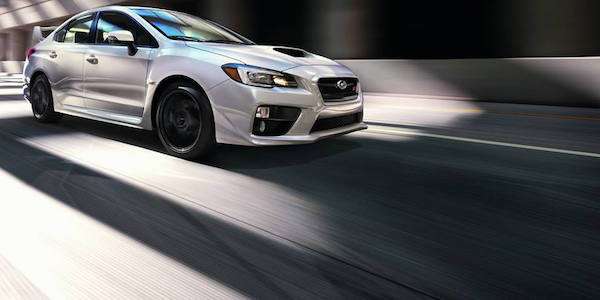 Subaru WRX/STI Runs Out of Gas in U.S., Yet it’s Pedal Down Around the Globe

The 2017 Subaru WRX/STI doesn’t keep pace in the U.S., yet it’s pedal down in Canada and Australia.
Advertisement

The 2017 Subaru WRX and WRX STI has slipped big time in the U.S., but it’s pedal down in other global markets. In the U.S., Subaru’s 2017 WRX and WRX STI slipped 11.5 percent over the previous September. Subaru of America sold 3,033 WRX/STIs in September 2015, and 2,683 in September 2016. WRX/STI is still up by the smallest percentage for the year, just 0.1 percent (+20 cars) for the year. In the U.S., it’s Outback and Crosstrek which are leading the lineup and each had record sales for September.

In Canada, it’s a very different story as they are selling the 2017 WRX/STI in record numbers. Canada saw record September sales for Crosstrek, Forester, Outback and WRX STI. Subaru’s performance sedan, WRX STI, experienced its best September ever north of the border with growth of 19.7 percent (365 units).

In Australia, the new 2017 Subaru WRX and WRX STI are also way up for September. Subaru AU reports the star performers in the passenger car range were the recently launched Levorg wagon, and WRX/STI, up 31.8 percent for the month.

While more 2017 Subaru WRX and WRX STIs are sold in the U.S. than any other global market, the performance sedans are running out of gas. In Canada and Australia, WRX/STI is putting the pedal down with record sales and growth. With sales slowing in the U.S., maybe it's time to bring back the WRX/STI 5-door hatch?

Kenny Adama wrote on October 7, 2016 - 12:57am Permalink
I bought my first WRX when I was 19 years old (an 03). Now I'm 30, and finally looking to replace it. I would love to buy an STI, except that the car's engine has been unchanged for far too long. It pisses me off...I'm not going to pay 35k for a car with a 10 year old engine. Time to take my dentist's salary and visit Lexus, BMW,and Volvo. See ya Subaru.
Dan wrote on October 7, 2016 - 1:42pm Permalink
Don't buy the hype Kenny! I've had my '02 WRX for 15.5 years and it took a very expensive mistake to make me realize that I need to hang on to the WRX. I bought a 2014 BMW M235i when they first came out to rave reviews. Despite the hype and the amazing reviews of the BMW I just never connected with it like I did the WRX. It just wasn't as versatile of a vehicle. No community feel. Nothing expressive or unique about it. Two years later I sold it at a $25k depreciation loss. Now I am updating the WRX piece by piece and couldn't be happier.
Jack wrote on October 8, 2016 - 3:13pm Permalink
Hatchback/wagon with manual transmission. Bring it back.
Max Frisson wrote on October 9, 2016 - 9:02am Permalink
The reason the new WRX isn't selling is that it is a style-less family car. The new Camaro out sold Mustang in Sept. I looked at it and bought the Mustang