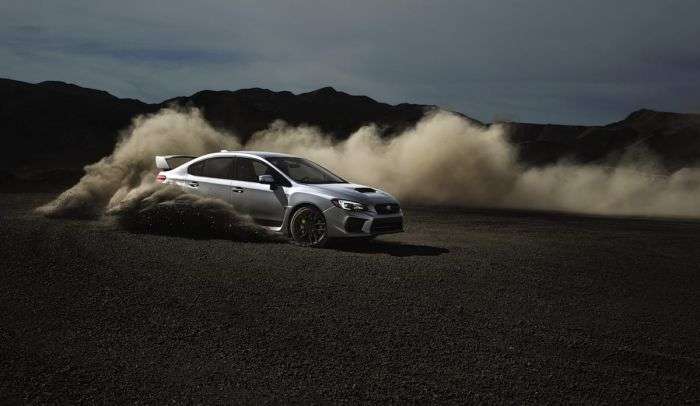 The Subaru WRX and WRX STI are in a major slide backward. Would bringing back the 5-Door hatch help?
Advertisement

The 2018 Subaru WRX/STI sales have been in a slide downward and it’s not stopping. It’s been a downward trend for the WRX and WRX STI since June of 2017. Subaru of America announced U.S. sales and it’s been eleven straight months of going backward for the sport-tuned 2018 Subaru WRX and performance-tuned WRX STI sedans.

Japanese rivals Toyota, Honda, and Nissan have been slower to react than their Detroit peers to the preference of U.S. drivers for SUVs and trucks on a painful bet that higher gas prices would push U.S. demand for flagship sedans like the Camry, Accord and Altima. Despite marketing and technology investments in passenger cars, Nissan's total U.S. sales dropped about 28 percent in April, while Honda's sales were down 9.2 percent and Toyota's were off 4.7 percent.

Subaru introduced the current generation for 2015 MY as a sedan and decided to drop the 5-Door hatch body style. The Japanese automaker is getting ready to give the WRX and WRX STI a complete overhaul, but Subaru has not announced when we will we see that new-generation model, perhaps as a 2020 or a 2021 model. They have also not announced if they will bring back the WRX/STI hatch.

If it wasn’t for the next-generation 2018 Crosstrek Compact CUV, Subaru of America would have seen its first downturn in almost a decade. It was the best April ever for the newly-remodeled crossover. The 2018 WRX did earn Edmunds’ 2018 Best Retained Value Award in the Sports Car category in April. Will Subaru bring back the WRX/STI 5-Door hatch? It could help sales of the performance car.

Paul Cahill wrote on May 3, 2018 - 9:37am Permalink
Just drop the drive train into a crosstek and call it an XT and I will go trade in my 2015 WRX.
Curtis Schofield wrote on May 3, 2018 - 6:04pm Permalink
agree
SubaStar wrote on May 3, 2018 - 6:21pm Permalink
The hatch seekers went to Ford Focus RS, Volkswagen Golf R, Audi S3, Mercedes A45 AMG and sooo many more other hot hatches! Come on Subaru, you're messing up with your out dated sedans WRX and WRX STI!
John wrote on May 5, 2018 - 5:54pm Permalink
I've noticed that 2017 Focus RS's are advertised around me at $6k less than sticker price. I'm trying to hold out though. And you can bet that when the STI hatch shows back up, we'll be paying msrp at least. :(
KBell wrote on May 5, 2018 - 10:17pm Permalink
I'd bet money that the main reason for the sales slide is the lack of a major power increase. Hatch lovers are vocal, but not as numerous as the internet makes it out to be.
SubaStar wrote on May 9, 2018 - 6:50am Permalink
It would be interesting to know how many sedans/hatchbacks were sold when both bodies were for sale on the market simultaneously. Denis might be able to check out this information for us?