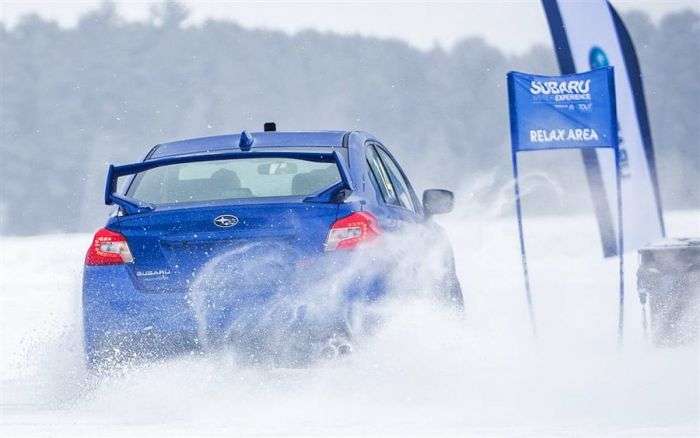 What happens when you add studded snow its to the 2018 Subaru WRX STI? It’s called flat-out fun. Subaru just finished their Subaru Winter Experience on Dollar Lake near Eagle River, Wisconsin. They took the 2018 Subaru WRX STI, WRX and BRZ in both manual and automatic gearbox trims so fans could experience five different cars on the extreme winter course.

All the vehicles were fitted with special DMACK studded tires from Sweden, allowing participants to drive fast on the frozen surface and they didn’t have to worry about hitting that light pole in the parking lot. 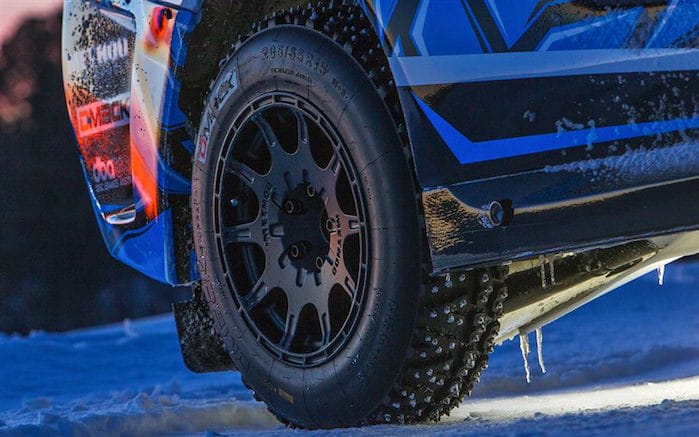 Professional driving instructors first gave some training behind the wheel of the WRX STI, WRX and BRZ and an extensive driving program and then educated drivers in all the safety systems of the vehicles on site. They were let loose to power the 2018 WRX STI through snow and ice on the frozen lake course.

Subaru also gave participants the opportunity to ride along with one of the instructors around the track, at full speed and probably let them shoot a video from the passenger seat to post on social media so their friends could be jealous.

WRX STI is a drivers car that is meant to be driven in all conditions. Many people who drive expensive sports cars leave them in the garage, only to bring them out on a nice spring sunny day. But people who buy the Subaru WRX STI will take them out in the worst weather just to have fun. Fun-to-drive is a core value for the brand.

The WRX STI was developed for Rally racing and made it to production for one reason. So performance enthusiasts could have fun driving these cars in all-weather conditions. Add studded snow tires, and it’s flat-out fun.