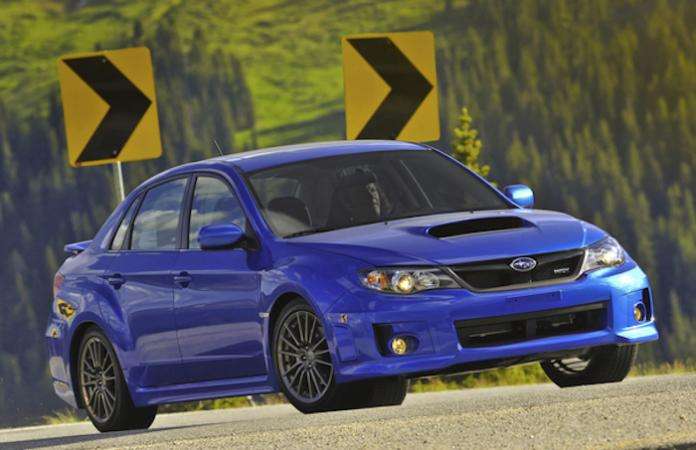 Subaru WRX, Forester, Outback and Legacy are finally being recalled in Russia for the Takata airbag issue. What took so long?
Advertisement

Subaru vehicles in the U.S. and other global markets have been on a recall list since May, 2015, and some as far back as 2012. We aren’t sure why it took so long for the recall to reach the Russian markets. Australia and Japan models were also recalled in 2015. It could be because there is such a large backlog of parts needed for the global recall, that also affects many automakers and millions of vehicles worldwide.

For our Russian readers, here’s the lowdown on the recall. Front passenger airbags in the Subaru WRX, Forester, Outback, and Legacy models could accidentally explode from the result of moisture building up inside the unit after an extended operation of the vehicle. This can lead to a defect of the gas generator and, when triggered increasing the risk of injury.

Up until now, there has not been any reported incidents involving these Subaru vehicles. Subaru says, the connection between the violation of the integrity and improper airbag deployment is still at the research stage, but the Japanese automaker has decided to organize a revocable campaign to eliminate any possibility of the defect.

According to Subaru, 24,480 vehicles sold in Russia and Belarus are being recalled. The campaign also covers models not manufactured for the Russian or Belarusian markets, so owners of the above vehicles purchased in other countries are also covered in this recall.

Since this a global campaign, Subaru Russia is waiting for parts to arrive. Once the necessary components arrive in Russia, owners of 2008-2010 Subaru WRX, 2010 Outback and Legacy, and 2009-2010 Forester models will be notified. All repairs will be performed free of charge to owners at authorized Subaru dealers. Customers can go here to find a dealer and get more information.