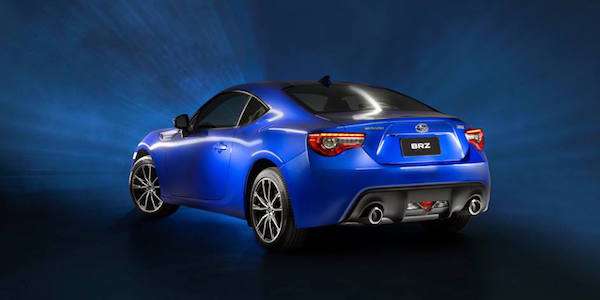 Subaru Slashes Price of 2017 BRZ in Australia; Is the Sports Coupe in Trouble?

The 2017 Subaru BRZ gets a big price cut in Australia. Is interest in the coupe down?
Advertisement

If you live in Australia, the updated 2017 Subaru BRZ will be a better bargain compared to the outgoing model. Subaru Australia announced big price cuts for the newly-upgraded manual and automatic sports coupe. The two-door rear-drive sports cars are priced from $32,990 for the 6-speed manual, a saving of $1230 over the previous model year, while the automatic variant is $34,990, $1735 less than the 2016 model year.

Why the big price cuts?

The price cuts are a result of extremely favorable exchange rates with the Japanese yen. Subaru Australia Managing Director, Colin Christie, said: “Despite exchange rate pressures, our strong relationship with the factory has produced a great result for BRZ fans.” They could also be a result of slow sales for the aging BRZ sports coupe. Interest has wained and sales are down in Australia and around the globe.

Sales are down around the globe

In the U.S., even though Subaru of America is reporting record sales for their lineup, BRZ sales are down 18.7 percent through the end of September. Sales of the BRZ have been dropping for the past two years and the aging coupe needs a complete remodel to get the excitement back with consumers.

Even thought the 2017 BRZ gets upgrades over the outgoing model, it may not be enough to get buyers excited. For 2017 the sports coupe comes with more power and torque for manual transmission variants (from 147 Kilowatts to 152 kW and from 205 Newton meters to 212 Nm), revised suspension tuning, as well as a facelift on the outside.

The 2017 Subaru BRZ gets substantial price cuts in Australia, but will it be enough to get performance fans excited? It should help in the short term, but it’s going to take more. The BRZ is in need of a major remodel and it should be coming in 2018.