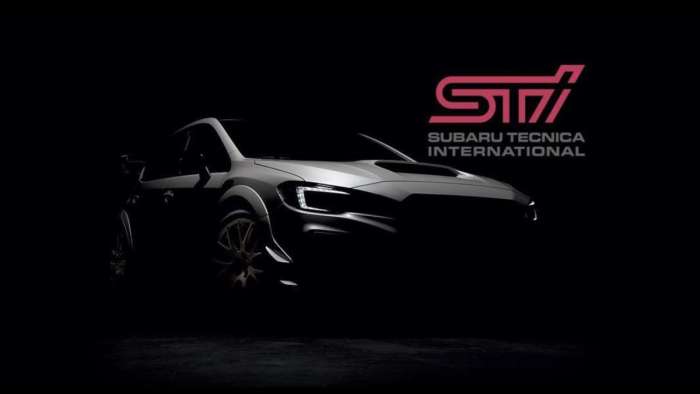 Fans in the U.S. have only been able to look at and not touch the Subaru WRX STI S series, but that all changes next Monday. Subaru and Subaru Tecnica International bring the higher-performance WRX STI S209 to U.S. shores for the first time. We know it will be unveiled at the North American International Auto Show in Detroit on January 14 press event. Subaru USA teased another image shedding a little more light on the S209 on their Twitter page after the S209 emblem was teased two weeks ago.

Subaru of America also released a short video last week and in the description says, “Something special from Subaru Tecnica International is coming to America for the first time ever,” followed by “1/14/19 at the North American International Auto Show.”

The WRX STI “S” Series have been Japan-only limited edition models up until now, but that all changes as Subaru of America told Subaru Tecnica International, they want one for U.S. performance fans. On a special page dedicated to the S209, Subaru says “All Subaru Tecnica International S-models share two traits in common: They have always represented the sum total of knowledge learned from Subaru motorsports and vehicle development, and they have never been available in the U.S. This January in Detroit, that last part will change. You can be among the first to see the most powerful, best handling, and most exciting Subaru Tecnica International model ever created.”

What's under the hood?

There are big questions what will power the S209 since the Japan-spec S208 released last year at the Tokyo Motor Show, comes powered by an STI hand-built EJ20 2.0-liter DOHC 16-valve dual AVCS twin scroll turbo boxer producing 329 PS (325hp). Subaru Tecnica International lowered the center of gravity on the S208 with the adoption of a carbon fiber roof and gave it a special rear wing.

We expect to see the new STI being unveiled at NAIAS in January to get a power increase over the stock WRX STI producing 310hp. Will it get the EJ25 2.5-liter power plant in the current STI or the Japan-only EJ20 2.0-liter Boxer engine? We do know it will be a limited production model and Subaru will likely only build around 500 examples of the higher-performance STI S209. We will know complete details next week. Stay tuned.

DeanMcManis wrote on January 8, 2019 - 8:53pm Permalink
I understand that the true goal is to build the best performance car overall that Subaru can, and not just throw tons of HP at it. But I really hope that this S209 package manages more than a paltry 15HP gain. Mercedes will be making a whopping 421HP from it's 2.0L turbo 4 cylinder in the 2019 A45S model. But then again I was also expecting to see a Subaru BRZ STI turbo model released with at least 300HP, long ago.