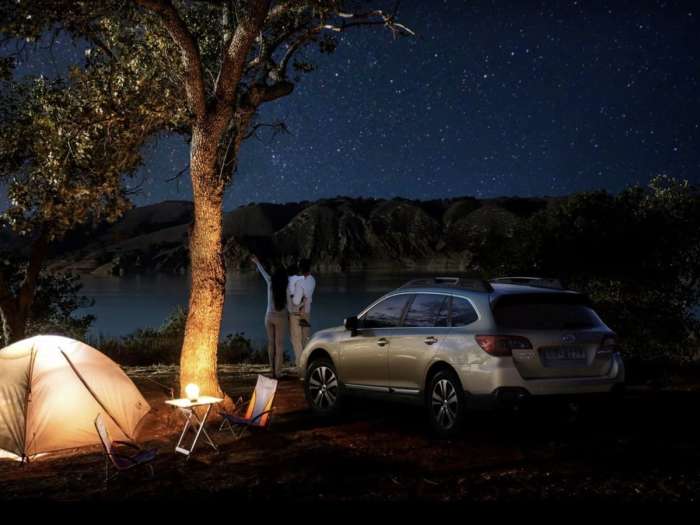 Subaru Corp is slow to the all-electric vehicle party, but it could pay off big. Two states where Subaru is hot are best for EV owners.
Advertisement

Subaru may be slow in developing their first all-electric vehicle but they have a strategy. Subaru is waiting for other automakers to spend the big money on research and development, while they wait until the time is right to move. The strategy could pay off as YourMechanic analyzed electric vehicle (EV) data to rank states that are best for EV owners.

YourMechanic analyzed EV data to rank states by various categories such as market share, fuel cost, increase in sales and number of people per charging station to determine which was most ahead of the game for the adoption of electric vehicles. The study found the top five best states for electric vehicle owners are Oklahoma, California, Washington, South Dakota, and Colorado.

This could bode well for Subaru even though they are slow to develop their first all-electric vehicle. The state of Washington and Colorado are major markets for their all-wheel-drive Outback SUV/Crossover, Forester SUV and Crosstrek small SUV nameplates. So when Subaru Corp does launch their new EV, sometime in 2020-2021, they will likely do well.

Colorado and Washington are Subaru hotbeds

Surprisingly, Oklahoma was revealed to be the state with the greatest EV sales growth, which increased by a whopping 162 percent last year. It’s even more impressive when you consider it does not offer incentives to residents when it comes to buying EVs.

South Dakota also showed a high sales increase of 113 percent which, along with Washington and Colorado, resulted in them being ranked in the top five best states for EV ownership. California was placed second on the list despite it being the state in which EVs are the most popular, with over 400,000 all-electric vehicles sold between 2008 and 2018.

A new Subaru electric vehicle is coming and it should arrive in 2021 or 2022 and will likely do well in the Pacific Northwest, Colorado and mountain states and Northeast states where EV growth is strong. Subaru has a new name “Evoltis” set aside for some new model in the future but has not confirmed what it will be. The new Subaru EV will likely be built on an existing nameplate and not be an all-new vehicle. U.S. customers are getting Subaru’s first-ever 2019 Crosstrek plug-in hybrid (PHEV) later this year. Stay tuned.

kent beuchert wrote on October 15, 2018 - 8:41am Permalink
EV supporters are often notorious liars : "zero emission vehicles" , cheaper to own but require huge govt subsidies (even Elon Musk calls this a lie), "Model 3 has highest monthly sales" - those sales were made years ago, not last month, and Tesla is beating the bushes trying to lure folks into buying a Model 3..
Stefan wrote on October 17, 2018 - 6:14am Permalink
1. Subsidies are paid by government to encourage purchase for obvious reasons. 2. I think monthly sales reference means sales month by month for the last year 3. There is a massive demand for the Tesla 3, and good luck to Mr Tesl, who, by the way has revolutionised energy storage in Australia, and surprised the critics with how quickly energy comes on line from his brilliant Tesla battery installation. American know-how and ingenuity at its best! (And I'm an Australian.) More power to electric vehicles, that future beckons, so brace yourselves for world where we charge our car from your solar roof tiles and your battery. Or any of the many new technologies now under development, eg graphene + lithium batteries, synthetic photosynthesis (Dr Nocera + team at MIT)