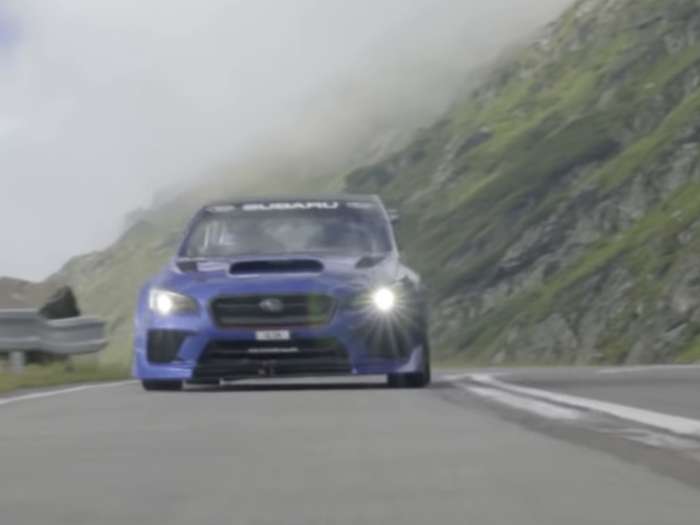 Why does Subaru keep setting crazy world records in the WRX STI Type RA Time Attack car? Driver and three-time British Rally Champion Mark Higgins says, “That’s a good question.” The STI Type RA was sitting in the garage after two other amazing record runs with nothing to do. He goes on to say, “The powers at Subaru are always looking to find something different to do with this car.”

So the Subaru powers decided to take the STI to Romania's National Road 7C. It could be the ultimate car built specifically with its all-wheel-drive, turbocharged engine and race suspension for a road with 688 turns, 6,699 feet of elevation and 52 total miles known as the Transfagarasan Highway. The road has its own weather system, so it goes from sunshine to fog and even rain, so it was going to be a challenge to set a world record back in July. 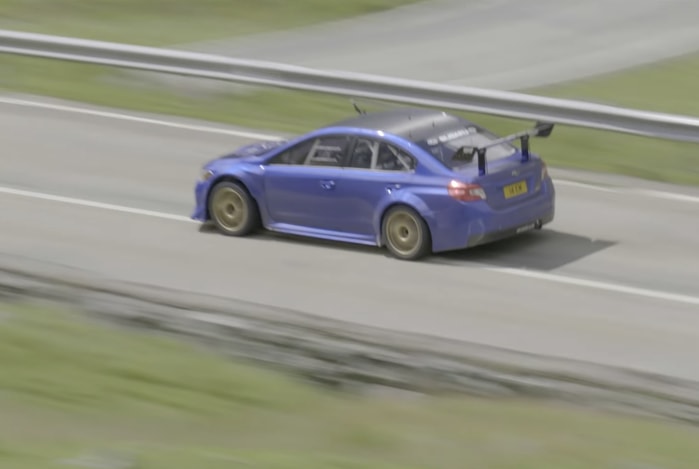 The weather didn’t cooperate as the team set out on the 52.4-mile Romanian road. They had to try to figure out which tires were best for these conditions. On one attempt, the WRX STI’s 600 horsepower and 447 lb-ft of torque 2.0-liter Boxer engine destroyed the rain-specific tires with the road going from wet to dry. Higgins says, “We try not to look at the drops because there are some incredible drops, and if we go over the side, unfortunately, we aren’t coming back.”

After three failed attempts, Mark Higgins and co-driver Darren Garrod set out for one final run with the Subaru WRX STI Type RA. The STI Type RA Time Attack machine performed like it was supposed to and set a record run in 40 minutes, 58.8 seconds. Average speed was an amazing 76.69 mph. The helicopter Subaru brought along captured parts of the 52.4-mile run in the wild video below.