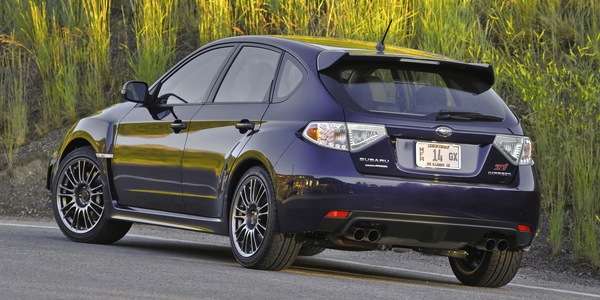 Subaru has announced they will recall 660,000 vehicles and they include 2008-2014 WRX and WRX STI models.
Advertisement

Subaru is recalling 660,000 vehicles in the “salt belt states” here in the U.S. due to a potential brake line failure. These vehicles include 2008-2014 WRX and WRX STI models, 2009-2013 Forester, 2008-2011 Impreza, and the 2005-2009 Legacy and Outback wagon. Only vehicles that are registered or were registered in 20 states that make heavy use of road salt during the winter are effected by this recall.

What states are included?

The “salt belt states” that are effected by the recall are in the eastern U.S. and include Connecticut, Delaware, Illinois, Iowa, Indiana, Massachusetts, Maryland, Maine, Michigan, Minnesota, Missouri, New Hampshire, New Jersey, New York, Ohio, Pennsylvania, Rhode Island, Vermont, Wisconsin and West Virginia, or in the District of Columbia.

Subaru has reported that salt water could reach some brake lines in these vehicles and could rust through after several winters because a gap in the shielding around the fuel tank. This could result in the brake lines leaking fluid which would cause a warning light to illuminate. The effected Subaru cars would still be able to stop and would not lose complete braking power. Subaru said the driver “might misjudge the amount of brake pedal travel required to achieve the desired stopping distance.”

Subaru began seeing some brake line issues back in 2011 and recalled 215,000 last year to correct the unusual corrosion problem in their vehicles. Under the current recall, the repair involves either replacing the corroded brake lines and protecting them with an anticorrosion wax, or brake lines that do not need to be replaced will get the protective coating.

What if you live outside the recall area?

Subaru has said that if owners are concerned about their vehicle and live outside the 20 state recall area, they can take their vehicle to a local authorized Subaru dealership for inspection. If it’s necessary, Subaru will perform the repair free of charge. In a report from the New York Times, Michael McHale, a spokesman for Subaru, said that “Owners who had previously paid for that repair are eligible for reimbursement.”

Mike A wrote on July 9, 2014 - 11:53pm Permalink
Has this recall been extended north for Canadians as well?